It still surprises me that Felkerino and I can ride a 200k brevet in 10 hours, but when we bike tour a century will take us 11 or more. Is […]

Today’s 65 miles reminded me of riding in the Virginia Highlands, only with evergreens and a higher elevation. And more horses. And a dry heat. And the white hot sunshine […]

Felkerino said that today is when the mountains embraced us. I said it was a day of bike tour magic. Part of the reason for that, of course, was the […]

It’s The Worst Thing In The World…

To be a driver behind a cyclist. Today is a bike tour rest day for Felkerino and me, and it coincided perfectly with an op-ed blowup in the Washington Post, […]

CO Tour Day 4: Everything Weighs Something, Even Ambition: 100 Miles to Ouray

When bike touring, you become keenly aware of how much your stuff weighs. This weighs “x” amount. Do I really need to take it up every hill and mountain? If […]

CO Tour Day 3: What Goes Up from Carbondale Must Come Down to Paonia

Greetings from Paonia! We wish you were here. Then the mosquitoes wouldn’t just be gnawing on Felkerino and me. Another great day on the bike, tempered with looming saddle sores. […]

Riding through the big mountains of the west can be so cathartic. Their presence envelops me and I become– no, I realize– that I am so small. Felkerino’s and my […]

Nothing kicks off a bike tour like a 150-mile day that includes a front-loaded first half climb fest, including the ever-daunting Trail Ridge Road. Last year Felkerino and I climbed […]

Lifehacker recently posted an article called the Cycling Commuter’s Daily Bag that essentially emptied out a bike commuter’s pannier. Curious, I looked through the items listed and the accompanying photos. The number […]

Get Out The Map: Bike Tour Prep

Hilly Billy Roubaix: I Am Trying To Break Your Heart

This is not a joke so please stop smiling What was I thinking when I said it didn’t hurt –Wilco, “I Am Trying To Break Your Heart“ After an exhilarating experience […] 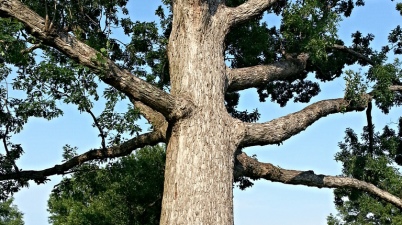 Mancation, All I Ever Wanted

I overhear our friend talking to Felkerino about his upcoming bike trip, a multi-day self-guided tour in Europe. “Mancation,” he tells Felkerino. I turn my head at that. “Just me […]

Maintaining the Base: Weekend Back-to-Backs

As part of our preparation for an upcoming two weeks of summer bike touring in Colorado and to maintain the bicycling fitness we developed over the course of the brevets, Felkerino […]

In the middle of a love affair with bicycling and Washington, D.C., I wrote my first post for Chasing Mailboxes. Four years later, this blog is still going. The love […] 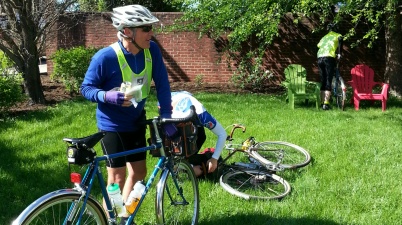 Writing Your Way to the Ride You Want

Throughout my time randonneuring, I have gone through different phases. My primary goal during my first series of riding brevets was to finish within the time limits. This was also a time of […]