The fleeting pink and white blossoms cover the city. Sun shines and spring breezes blow. Families and field trips congregate on our sidewalks. And hey, how about those tour buses! Yes, it’s […]

Do you ever have commutes where you feel like you are in the middle of an urban obstacle course? Dodge this! Veer around that! Watch out for the crazy driver! […]

Bike Parking in the City: Issues and Etiquette

Bike parking in the city can be a tricky business. Many parts of the city (at least the ones I visit in the District) do not have enough racks to […]

Velo Orange Mixte Commutes & the Search for the Ideal Bags

Lately I’ve been on a mission to ride all of my bikes more often. This is partially due to needing to clean the Surly LHT as well as change out […] 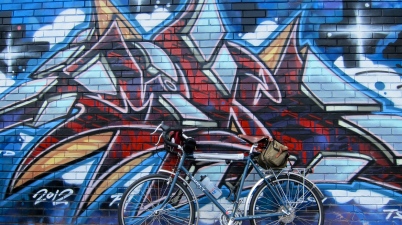 What’s Your Advice on City Cycling?

With the influx of riders taking to the streets this spring (oh how I’ve dreamed of using the word influx in a post), I thought I’d feature the advice BikeDC […]

How to Make the City a Better Place for Cyclists

As I wrote last week, I’m bringing back the BikeDC Speaks series to highlight some of the questions and issues it raised. This time, I’m also asking you to share […] 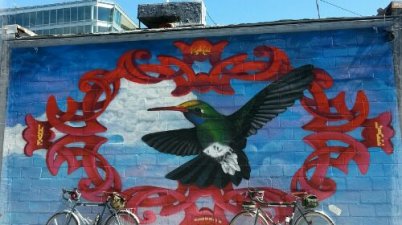 What’s the Best Advice Anyone Gave You about Cycling?

Back in the fall, I put together a series that explored D.C.-area cyclists’ views and experiences about riding in the city. #BikeDC Speaks featured 8 local cyclists– six women and […] 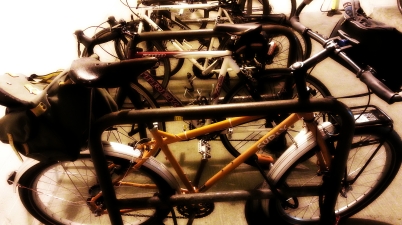 The Politics of Bike Parking at Work

I recently began a new job, and my lovely setup of parking my bike in my office is no more. I now work in a cube and have no space […]

Seldom does a commute not involve some kind of trade-off. Bike commuters are often dealing with compromises, and my sense of safety is often one of those. Take yesterday, for […] 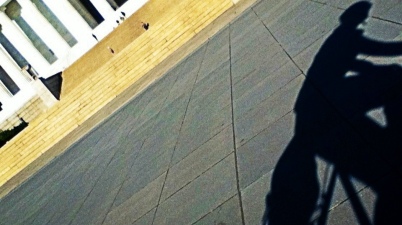 Get On the Sidewalk!

Most days, riding my bike is one of the most pleasurable activities of my day. Fresh air, exercise, breeze on my face, and pride in my mode of transport abound. […] 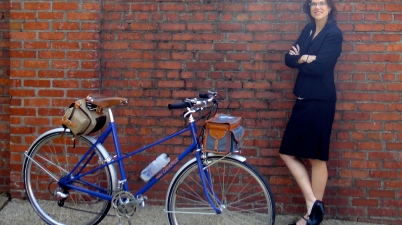 Today I’m talking commute basics, as somebody recently asked me what to keep in mind when making the transition to bike commuting. It took me back to when I dusted off my old Ross […]

Bicycles are Not Cars: Girl on a Bike on #BikeDC Speaks

We’re back for the final installment of the #BikeDC Speaks series. If you ride in the D.C. area and do any blog reading or tweeting, you have probably heard of […]

After several weeks of #BikeDC Speaks posts from the women of the #BikeDC community, we are back this week with a guy’s point of view on riding in the D.C. […]

Getting Better All the Time: Leslie T. on #BikeDC Speaks

Leslie T., superhero transportation cyclist, and I go way back to the days I first began riding with the D.C. Randonneurs. If there is a way to get there by […]

Making Yourself Part of the City: Laura M. on #BikeDC Speaks

Time for another edition of #BikeDC Speaks. This week’s post is brought to us by D.C. bike commuter and transportation cyclist Laura M., also known as @grafxnerd on the Twitterverse. […]

Kirstin, aka Ultrarunnergirl, is one of the many great people I’ve met through #FridayCoffeeClub (which you should think about attending, if you do not already). As her blog suggests, Kirstin […]