12 Months By the Potomac River

Ever since I moved near the D.C. waterfront, the Potomac River has silently shaped my movement. I sidle along it to leave the city and head into Maryland. I must […] 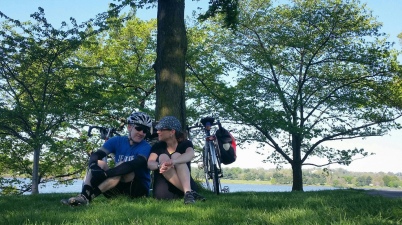 Final Week of 30 Days of Biking (and Poetry) in Washington, D.C.

Over the past month, I engaged in a personal challenge to ride my bike each day, take at least one picture during my ride, and find a poem that somehow encapsulated […]

Week Three of 30 Days of Biking (and Poetry) in Washington, D.C.

Bicycling is one of the best ways to fully immerse yourself in a city. As riders, we easily exchange hellos with others on our route. We feel the bumps of the road, […]

Week Two of 30 Days of Biking (and Poetry) in Washington, D.C.

Day 8 How it is fickle, leaving one alone to wander the halls of the skull with the fluorescents softly flickering. It rests on the head like a bird nest, […]

This weekend the cherry blossoms reached peak bloom in Washington, D.C. Knowing their fragile nature, people flooded the city to see them– cameras, cars, and all. 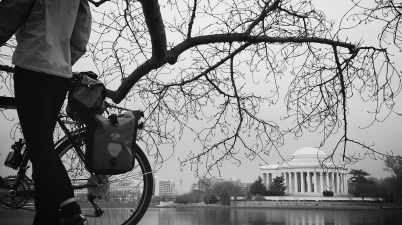 Stillness in the Ruckus of Washington, D.C.

Buses align Ohio Drive, one after the other, and block my once-daily view of the Potomac. Large chatty groups of tourists swarm the National Mall, oblivious to the bike commuters that […] 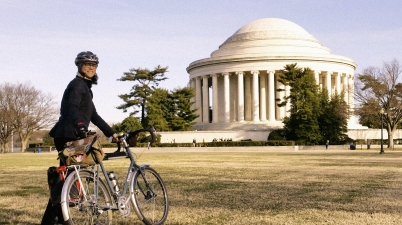 Dear Washington, D.C., my current city of residence, I discovered a better way to maneuver around you after too many years as a subterranean Metro passenger.

What a week. Four sparkling summer days, top notch training, and a ride along with a friend on a couple of days, too. I celebrated the end of my Bike […]

Over the past week I’ve been thinking about our #bikeDC friend, Alex Baca, who has left D.C. (for now, at least) for a new opportunity San Francisco. As part of […]

One of my favorite times in Washington, D.C., is when the cherry blossoms reach out to say hello to all of us. Another is when these delicate petals fall, leaving a […]

The fleeting pink and white blossoms cover the city. Sun shines and spring breezes blow. Families and field trips congregate on our sidewalks. And hey, how about those tour buses! Yes, it’s […] 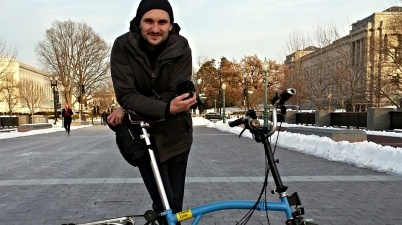 Tuesday, the mighty social networking tool known as Twitter paved the internets to an in real life (IRL) encounter with photographer Dmitry Gudkov. Among other projects, Dmitry is the photographer behind […] 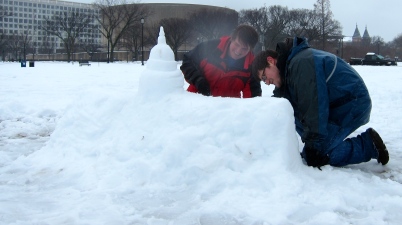 After yesterday’s dumping of snow over Washington, D.C. many schools and businesses, including my employer, declared a snow day. Yahoo! I fuel up on espresso, throw on my Gore-Tex Salomons, and […] 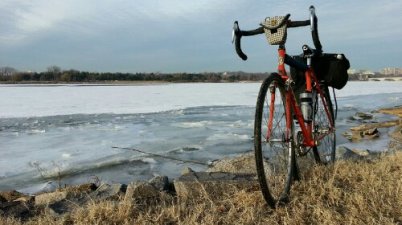 A week of freezing weather fostered some icy ambience in the city. We’ve all been out taking cell phone pictures of the Potomac River’s icy overlay on our bike commutes.