While Alberto Contador was informing the world about his recent bout with food poisoning, I had my feelings hurt by a cyclist. You be the judge about which is worse. […]

No, silly, I’m not talking about the black and white animals you see at the zoo eating bamboo.  I’m talking about “panda portraits,” photos you take of yourself while riding […] 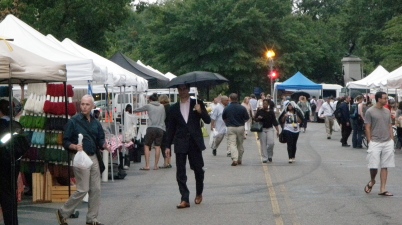 Rain couldn’t keep me away from the famers’ market today. It didn’t daunt a lot of other people, either, and there was a nice assembly of people patronizing the White […]

Back on the bike, finally! Only for the shortest of rides, though. No matter. I still see cool things, even on the short route. Like this commute scene.

Sustenance in the City

I had a great time hitting the Thursday evening Farmers Market by the White House. I was on foot, of course. Post-1000K walking, remember? Check out these awesome veggies.

Tour Buses and My Commute

One of the things I loved the most about summer commuting was navigating the tour buses.  It was great. My commute went from a somewhat sedate ride to one filled with […] 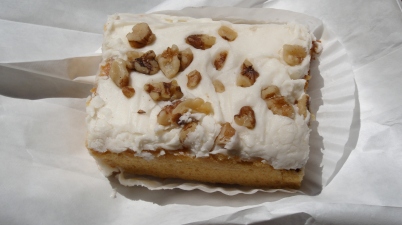 Does your Bicycle Gravitate towards Bakeries?

Recently, one of my cycling/randonneuring friends said to me, “I can’t but help to notice a lot of pictures of pastry on your Flickr site. Does your bike gravitate towards […]

Since the recent Endless Mountains 1000K, I haven’t pedaled one bit. Residual knee pain and general fatigue are the culprits. Knee pain is the randonneur superhero’s kryptonite, I’ve decided. 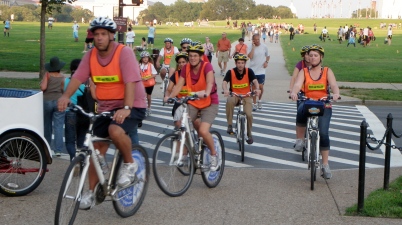 Bike and Roll and Pedicabs

Did anybody notice the awesome weather this afternoon? Tons of people were out, taking advantage of the afternoon sun and low humidity. One of the groups that caught my eye […]

There is a lot of controversy around the flip flop. Is there ever a time when it’s ok to wear them at the office? Are they appropriate for the Metro? Is […]

Did you know that National Airport is located right off of one of our local bike paths (the Mount Vernon Trail)?  Of course you did! Did you also know that […]

Summer is on, people.  How do I know?  The Lincolnometer tells me so. What’s the Lincolnometer, you ask?  It is a gauge of what’s going on with tourism and to […] 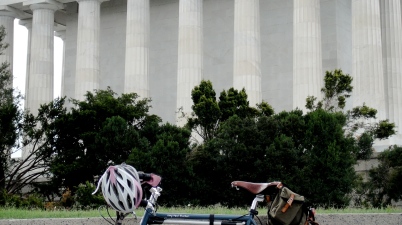 First of all, way to go, rain commuters!  That was quite a rain on the homeward trek, no?  Lightning and everything! Now, on with the show. As I’ve mentioned, certain […] 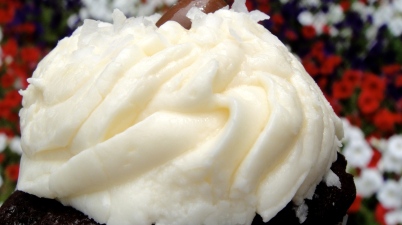 The Perfect Reward for a Rough Commute: Curbside Cupcakes.

Just because I make an effort to be active (commute, run, ride, etc.) doesn’t mean I can maintain a regular diet of treats and junk food. Sometimes, however, I can’t […]

For those of you who pass through Southwest via Maine Avenue, something exciting happened on Wednesday. The barricades blocking off one lane of Maine Avenue were removed and now people […] 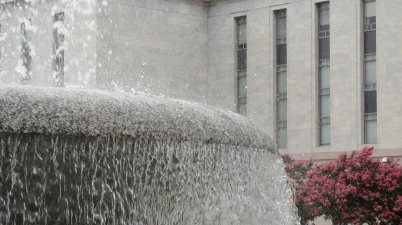 This week, I had to run an errand near Capitol Hill. While in that neck of the woods, I took a couple minutes to pop into the Spirit of Justice […]