Recently I went to the Randonneurs USA (RUSA) website to take a peek at the most recent membership information. According to their data, RUSA currently has 2,848 active members. To […] 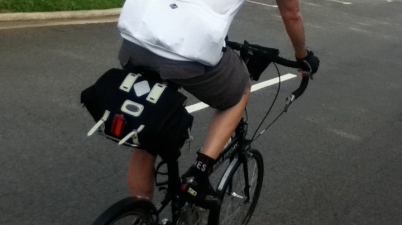 The booties, balaclavas, and jackets are long forgotten as the summer heat cranks up and the time for riding in bare arms and legs is in full swing. It’s glorious! […]

Previously I wrote about “panda portraits,” which are typically self-portraits you take while riding your bicycle. This past summer, though, Felkerino and I worked on taking photos of each other […]

Yesterday was the sentencing for the person who killed our friend and fellow cyclist, Stan Miller. Prior to the sentencing, individuals were invited to submit Community Impact Statements that would […] 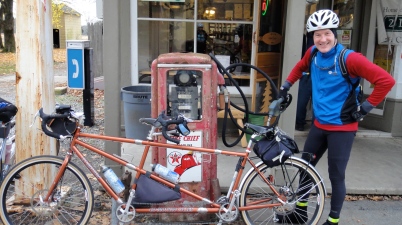 The fourth and final category of the 2nd Annual TDR Rando Photo Contest is the Wild Card. This category allows photos from Populaires and Permanents, and is the catch-all category […]

With the recent announcement of the 2nd Annual TDR Rando Photo Contest, I’ve been itching to show some of my favorite 2010 brevet moments captured on film.  You saw my Randonneur […]

Happy New Year, all! Last week, Felkerino and I launched the 2nd Annual TDR Rando Photo Contest. This is a way for us to highlight all the awesome rides and […]

Catching up with George Swain

George Swain was about 25 miles into this past August’s Endless Mountains 1000K when his ride abruptly ended. A car rear-ended him at speed. I remember seeing George at the […]

I Used to be a Randonneur Superhero

When Ed and I rolled into the finish of the Endless Mountains 1000K after 67:37 hours in the company of five other accomplished randonneurs, I felt amazing. There was pain […] 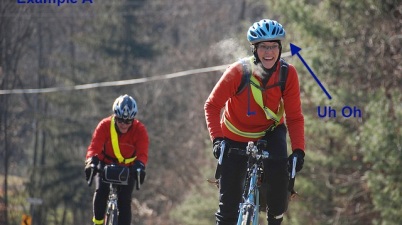 Fellow cyclists and randonneurs, As ambassadors of the cycling community, it is of critical importance that we always look our best. That doesn’t just mean wearing the latest and greatest […]

The Been-There-Done-That Jersey, Paris-Brest-Paris, and Tourists

As some of you may know, Felkerino and I are big fans of the wool and try to regularly infuse it into our cycling attire.  However, when the weather takes […] 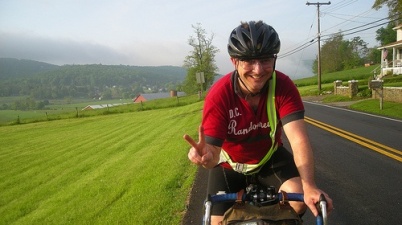 Today we learned that one of our cycling and randonneuring friends, Stan Miller, was killed by a suspected drunk driver.  The story regarding this tragic accident may be read here. […]