We had the ghost bike installation for Dave Salovesh this past weekend, and I stood there staring in disbelief the whole time with my leg propping up my bike as I wondered when Dave would ride by to see it and what he would think when he did.

This can’t be happening.

Unless you ride a bike in Washington, D.C., it’s quite possible that the cycling community passes in front of you largely unnoticed. But when you become part of BikeDC, your eyes open to a new community.

Ride long enough and you begin to recognize people in motion.

We all have our uniquenesses on two wheels – the tilt of the head, the way the spine slants over the top tube, how a person spins the pedals, down to the type of bike we ride and the way it’s accessorized to our personal preferences.

Keep on riding and you will inevitably find yourself at some BikeDC happening – Bike to Work Day, the 50 States Ride, Friday Coffee Club, the Downtown Breakaway. You get to know people, begin to put names with faces. Connect personalities with bikes.

You become less anonymous, as do the people around you, and the streets and spaces you ride with others are your neighborhood.

And if you are part of BikeDC, there is a big chance that you knew Dave. The man showed up for BikeDC! This super social BikeDC stalwart with an outsized personality dedicated much of his time to advocating for safe streets, and another huge chunk of time to riding around the city and hanging out with all of us.

I knew Dave from Friday Coffee Club. He heralded the arrival of the late shift, a small group that consistently wheeled up just as the rest were scrambling to the office. Sometimes he’d get there early, though, and we’d all roll out together. 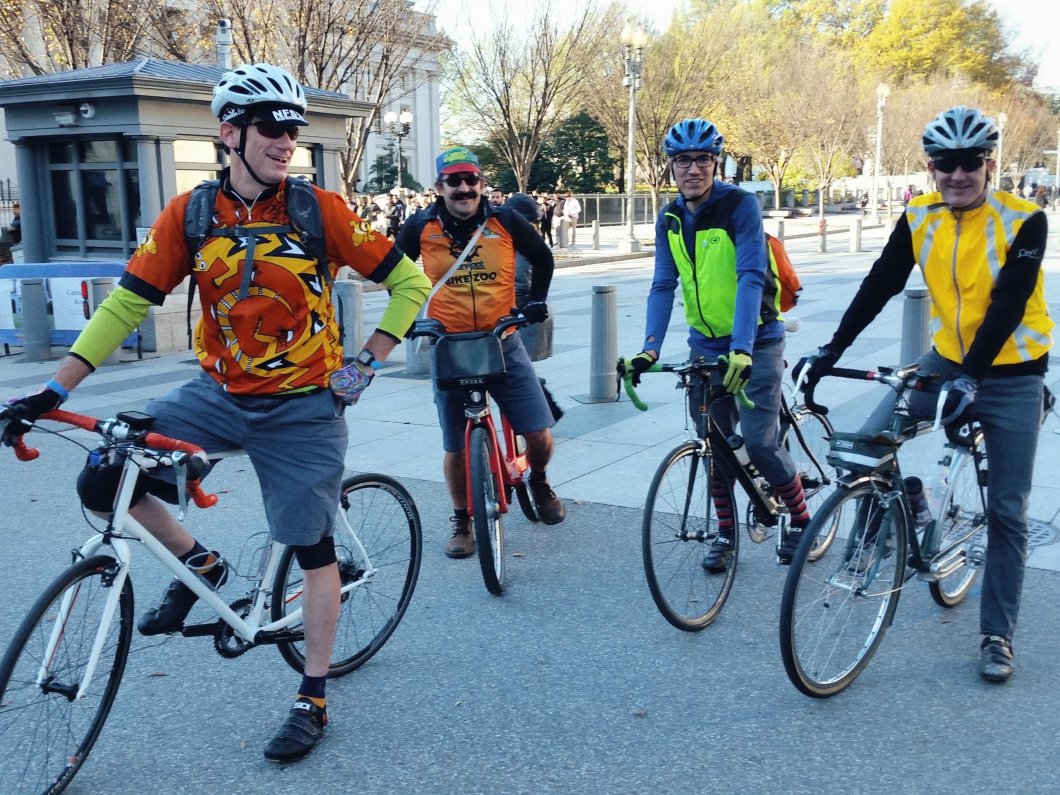 I saw Dave regularly out and about, an integral part of my cityscape. At any moment, I might intersect with him. We’d exchange hellos and, if circumstances allowed, we would chat and check in with each other. I never worried about the next time I’d see Dave. There would always be a next time.

How do you want to show up in the world? I think about how Dave showed up – a ball of energy, committed to his own path while still making room for the rest of us. I’ll never forget those tights he wore to the Hains Point 100. I’m sure you remember them, too, if you went that year.

He smiled from the inside out. Not one of those lip service smiles, not Dave. When he smiled, he meant it. Originally from Illinois, I attributed Dave’s outgoing ways and friendliness to his Midwest roots. He was one of those people who brought pieces of BikeDC together. His gregariousness and social nature were a kind of glue for us. 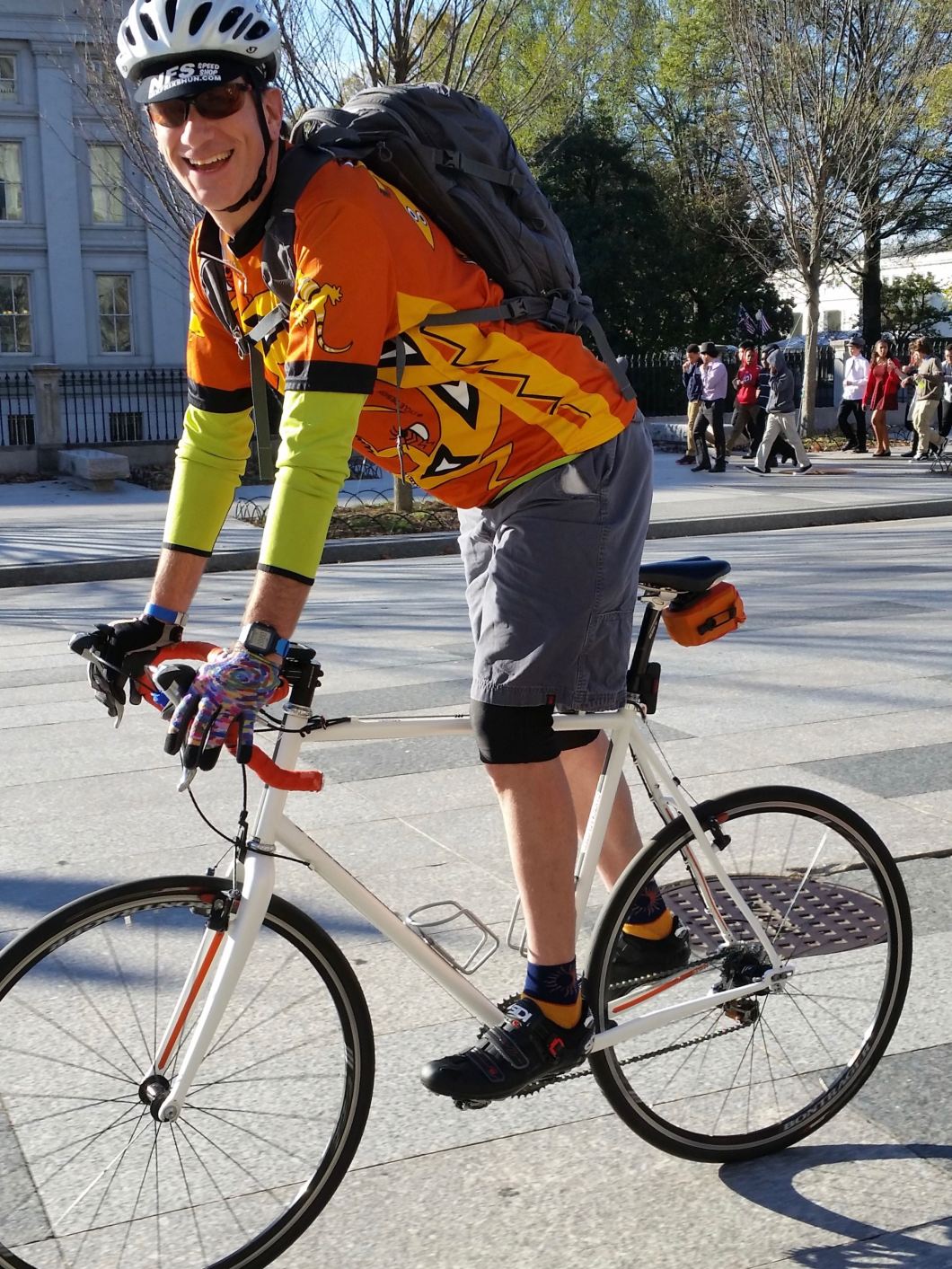 Dave was confidence on two wheels, stridently devoted to making the world better. He had faith in the power of the bicycle. He used to ride his daughter to school every day and frequently talked about the safer streets he wanted for her. I came upon him one afternoon as he and Greg Billing were counting U-turns on Pennsylvania Avenue and calmly advising drivers of their illegal activity. Totally Dave. 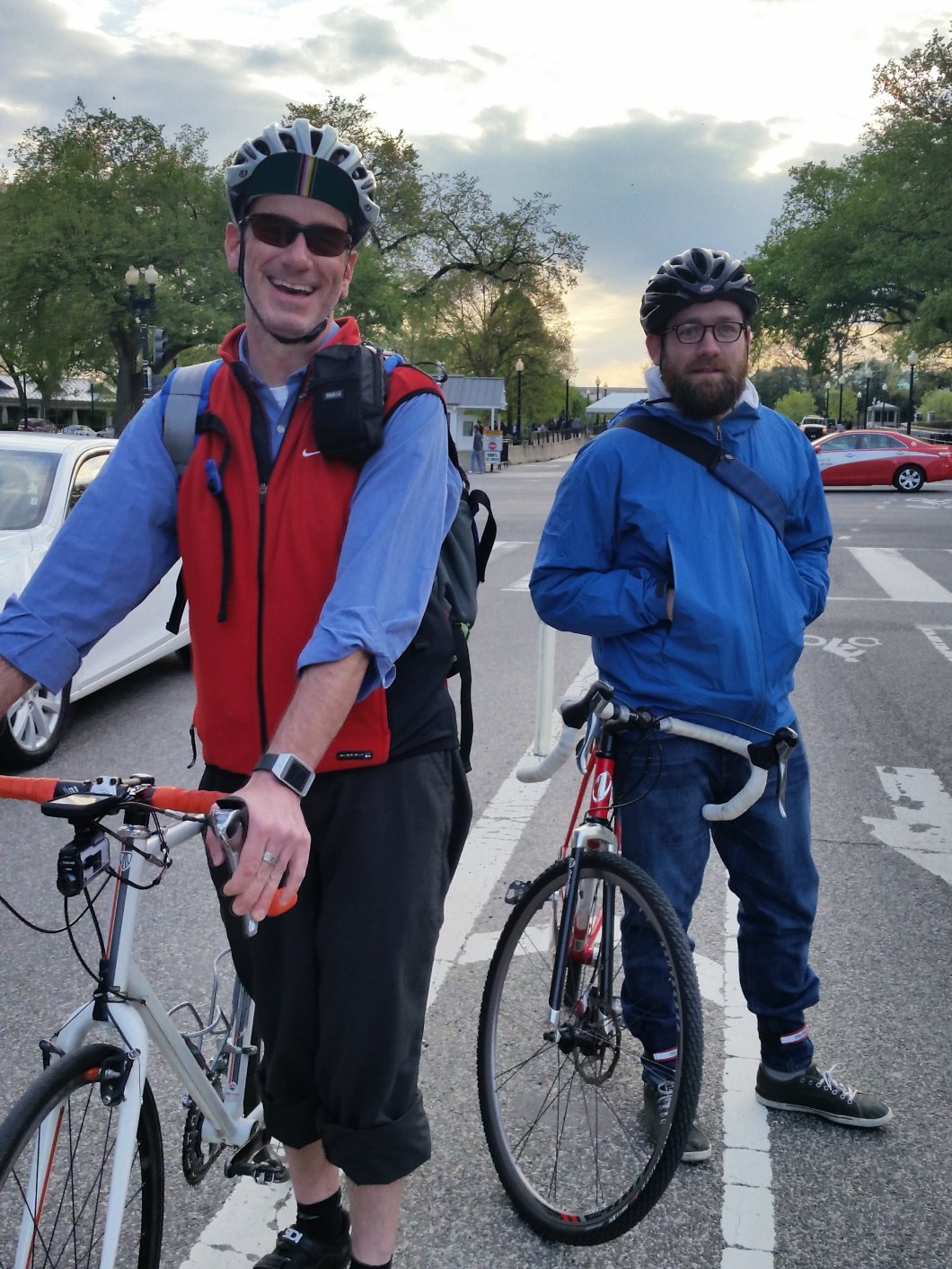 Like Felkerino and me, Dave and his partner Jean were also a tandem team. They rode a black coupled Co-Motion, and we rode together on a few occasions. As Felkerino likes to say, tandeming is a whole different level of effort. Not everyone can make it work as it requires many things to go well, including a harmonious melding of riding styles and personality.

Mostly, I just wish I would see Dave again. I’ve been riding through the city, looking all around, hoping he will suddently appear, like he always seemed to do.

We have so many pictures of you, Dave. So many memories of riding with you in our orbit, of spending time together.

And it is not enough. It will never be enough. 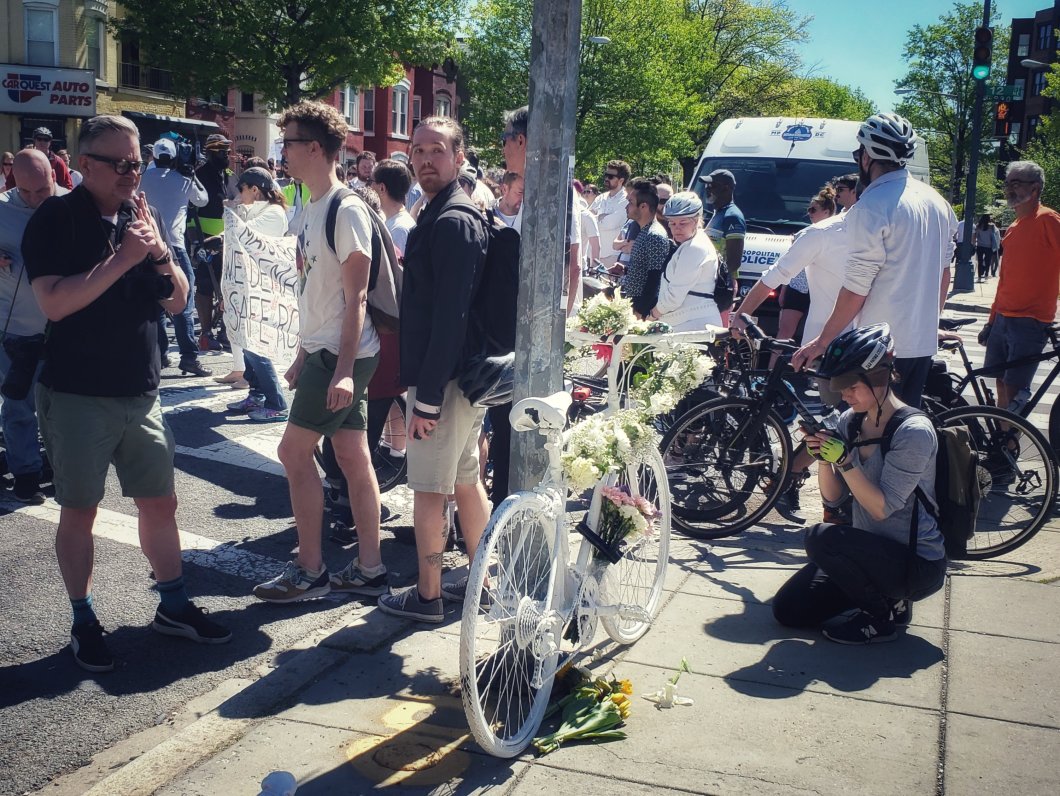 Dave, when are you going to show up so I can ask you what you think about all of this? So that we can keep the conversation going? So I can thank you for being so uncompromisingly you? So that I can feel like my broken cityscape is less broken?

Dave, what are we going to do without you?