In recent weeks, Felkerino and I (meaning Felkerino, mostly) have been putting the finishing touches on a 1992 Bridgestone RB-1 that I acquired from a nice person somewhere in the Midwest.

I had been daydreaming of owning a “fast” bike, after spending the last five years exclusively riding bikes with fenders, bags, and tires wider than 28s. “If only I had a fast bike I would be so fast,” I said to myself. In practical terms, I’ve never cared much about speed, but every once in a while, silly thoughts latch onto me as though they were the truth and I have trouble shaking them.

I turned this fast bike dream over and over in my head, imagining myself zipping down the road at least five miles per hour faster than I generally do. No bags, no fenders– no worries! As I began thinking of actually purchasing a fast bike, I then added rain, potholes, and an emergency grocery run into my scenario and my daydream soured. I couldn’t justify the expense. At all.

The fast bike fantasy exited my thoughts. That is, until a 1992 Bridgestone RB-1 in my size came up for sale, in good used condition and at a price that seemed fair. And it shipped from Iowa, my home state, so surely that meant something, like fate maybe.

Having become a fan of Rivendell bicycles, I was interested in this bike for a few reasons. I wondered what Grant Petersen’s earlier design iterations had been like, and how the geometry of the RB-1 would feel compared to my Rivendell Romulus and Quickeam.

The hoopla surrounding the RB-1 intrigued me, and the opportunity to own a somewhat unique steel bike that was not overly precious or ornate also appealed.

Finally, I could fulfill my fast bike dream without investing a ton of money in a bike that would not be a daily ride. The RB-1  purchase required some expense in addition to the bike itself– new handlebars, saddle, pedals, and stem, and it could probably use a repaint at some point– but for around $1,000 I scored a new old fast steel bike.

To dial in the Bridgestone’s fit, I’ve taken it on a few around town rides with the wrenches. I was initially riding a B-17 “S” saddle, but I test rode a Brooks C17 “S” from BicycleSPACE and think I will likely go with that saddle instead. The C17 allows for more setback and won’t suffer as much from water flying off the rooster tail on the rear wheel.

I also added a Rickshaw Pipsqueak to the handlebars and a small Swift Industries saddle bag so that I have a small amount of carrying capacity for essentials.

A couple of weeks ago, Felkerino and I went out with our friend Chris to take it on its real debut ride– a 90-mile trip on the D.C. classic, the Leesburg Loop, including a trip across the river on White’s Ferry. Nothing like a ferry ride to say welcome to BikeDC, RB-1.

The narrower 28mm tires and minimal baggage setup mean the bike is lighter than my daily ride experience, and it doesn’t take much leg force to churn the bike along. To my surprise, it has a speedy feel. 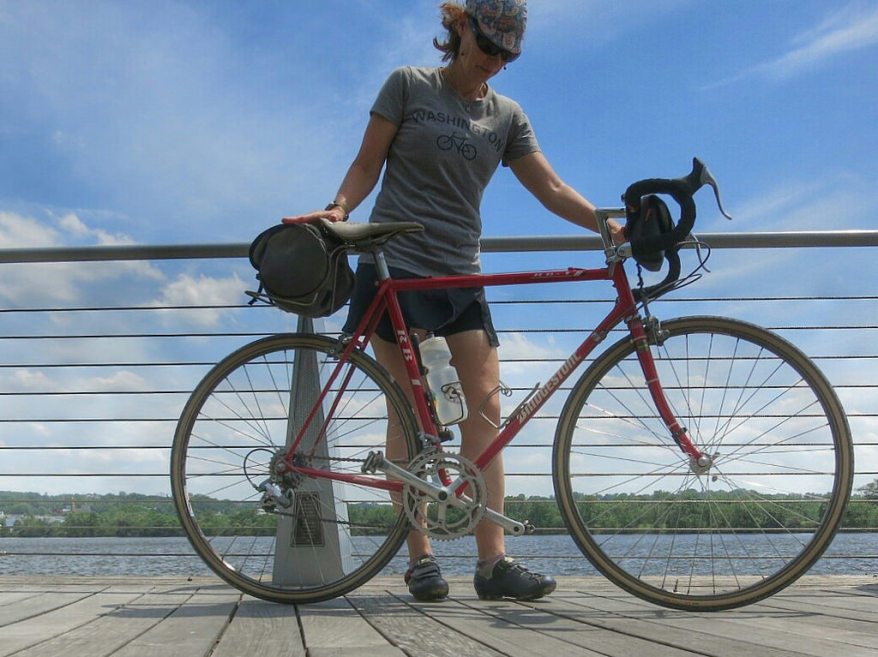 Why did this surprise me? I now realize that I believed that, because this bike was “old,” it would neither be nor feel fast. How wrong I was. While bikes are certainly lighter today, zippy road bikes also existed in 1992.

Yes, technology has changed since the 90s. There are certainly lighter frames than the RB-1 and components that weigh less than what’s on this bike, but really, the ride is light and the bike easily accelerates when asked.

My acquisition of the Bridgestone RB-1 also allows a new spin on the past. In 1992, I was in college and sold my Schwinn Le Tour for $20, even after a friend advised that I keep it. Selling this bike signified the end of my riding days for the next ten years.

Several times I have recalled the time I practically gave away that Schwinn Le Tour, regretful that I disregarded my friend’s counsel and that I did not continue a bicycling lifestyle until many years later.

It isn’t rational, I know, but the Bridgestone RB-1 mends this for me in some way. I cannot go back and change my choices, much as I would like to revise that moment when I slid $20 in my pocket and let that Schwinn, and all it signified, go. 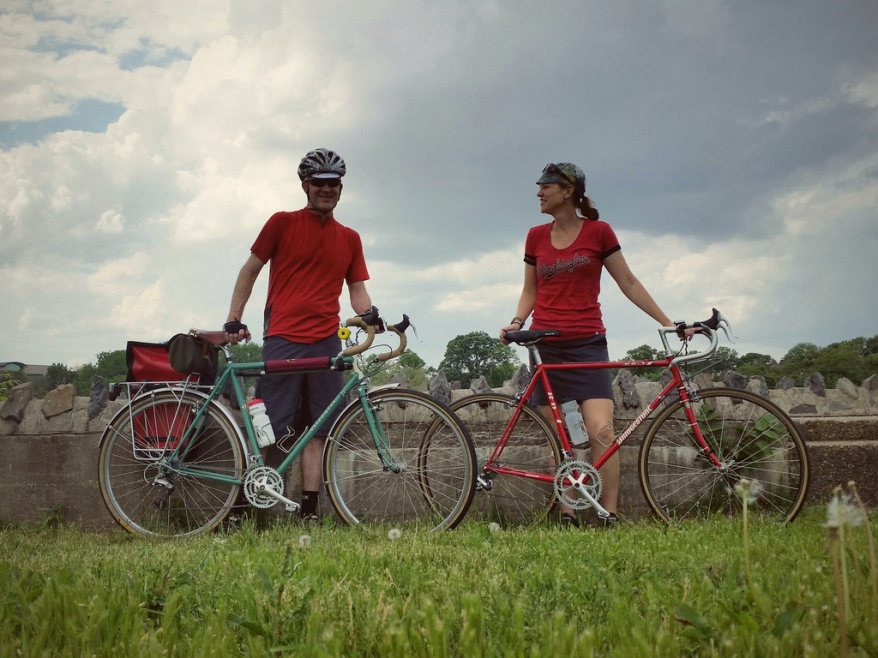 I can’t make up for the years I didn’t ride, but I ride this Bridgestone now, grateful that my path eventually returned me to bicycling. On some level, I don’t feel like I deserve this bike, but I’m probably overthinking it.

This red-hot 90s RB-1 is a wise companion. It makes me feel fit and fast, and prods me to be present. I leave the past where it is, and appreciate where my love for bicycling now takes me.