Ride Like Your Life Depends On It: Liz and Exu

One of the most referenced posts on this blog is about naming one’s bike. I never thought much of calling my bike by anything but the name the maker gave it. Then I received this beautiful post from BikeDC’s own Liz MacGregor.

In her writing, Liz shows how a bicycle can be an intimate companion that also represents a new lease on life. And when that happens, how can you not give your bike a name?

Thank you, Liz, for sharing the story of you and your bike, Exu.

In the pantheon of the Afro-Brazilian religion Candomblé, Exu is the messenger between the human and divine worlds, the opener of doors. He has special responsibility for travelers and roads, especially crossroads.

But Exu is also a trickster, a harsh teacher always ready with a lesson to humble the proud. His colors are black and red, and his salutation is “Laroyê Exu!” which means, “Protect me,” or more literally, “Save me, Exu!”

When I purchased a new commuter, a black and red Cannondale, “Exu” seemed an obvious choice to christen my bike. After all, I am a year-round commuter with a 29-mile round trip.

I go through 41 intersections, and that’s just on my way to work. To invoke divine protection for my travels – protection from the elements, trail hazards such as deer, and most of all, from motorized vehicles piloted by inattentive drivers – seemed a sensible hedge.

My suspicions that Exu would also be more than willing to play a few jokes on me were confirmed within a few days. As I perched in a wobbly trackstand, pondering which way to turn, Exu unceremoniously dumped me to the pavement in the middle of a lonely suburban intersection. 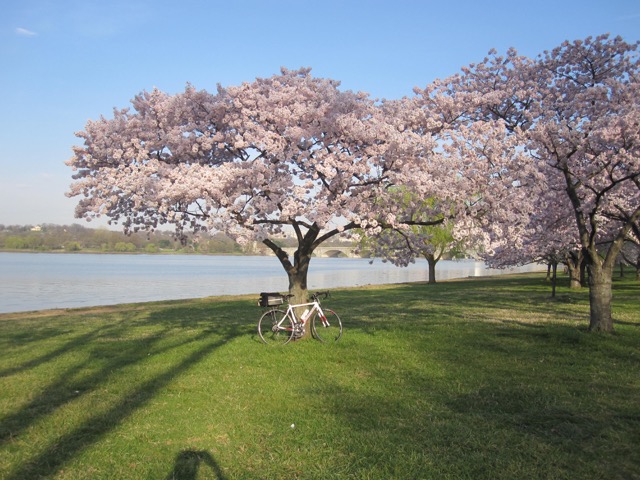 But I was looking to Exu for protection and salvation from more than just the assorted road hazards I expected to encounter. Six-and-a-half years ago, nearing the end of chemotherapy, I had peppered my oncologist with questions, based on exhaustive online research, about how to prevent a recurrence of cancer.

She gently interrupted me, looked directly into my eyes, and sagely intoned, “If you want to prevent a recurrence of cancer, you need to get your weight into a healthy range and get an hour of vigorous exercise every day.” 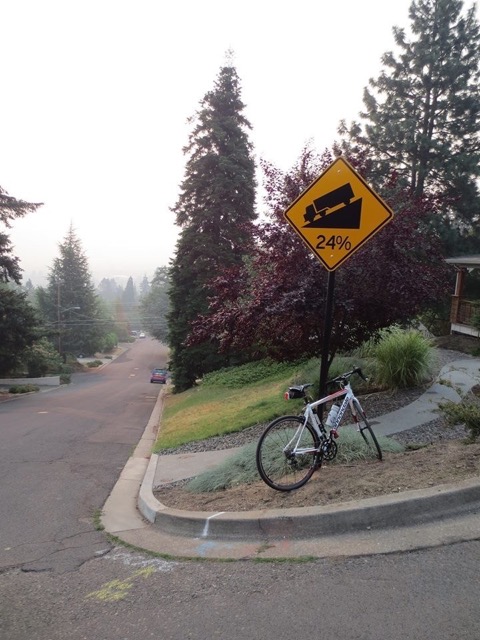 Before my diagnosis, I had been an intermittent bike commuter. It was the convenient way for a harried mother and professional to exercise, but also the first thing to be sacrificed when the schedule was too full.

The oncologist continued talking but my mind wandered off. I had not been on a bike, or done any other real physical activity, since my diagnosis seven months earlier.

I thought of the last new commuting bike, purchased two months before my diagnosis, gathering dust under the basement steps.

There is virtually nothing I can control about this nightmare, I thought. But give me one thing that’s in my control. One thing that I can do, and that I love to do. I’m going to ride as if my life depends on it. Laroyê Exu. 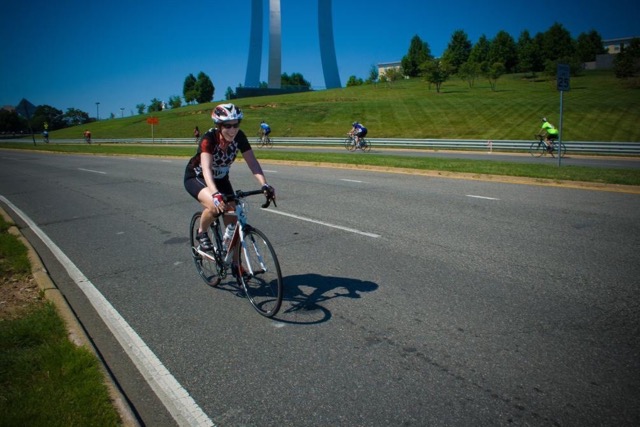 My return to the bicycle was accompanied by an urgency and seriousness of purpose that had not existed before. Gradually, my mixed mode commute – 12 miles round trip by bike, the rest by train – gave way to a bicycle-only commute. Two days per week became three, which led to four, and then some riding on the weekend, too.

In a gesture of defiance, I rode my bike to and back home from one of my last chemotherapy appointments. Riding became a refuge; two hours of daily solitude in a life that was hectic and sometimes sad.

Riding was a chance to get lost in thought or have no thoughts at all. Sometimes, I rode just to get lost. It was a routine or habit that became second nature. Riding made me feel healthy even as I harbored doubts about whether reality matched the brave front I put up.

I have a well-rehearsed answer when someone asks, “Is it safe?” Eight-five percent of my commute is on a protected trail or bike lane. After all these years, the urban drivers and I know each other well, and have long since made peace with our imperfect coexistence.

But really, I just want to reply, “How is it safe not to?” I’m a human being, a living creature. I am not meant to be passive. I am meant to be out in the world, to move, power up a hill panting, go flying down the other side as if ready to take flight.

I’m meant to feel the hot sun beating down on my back, and to gingerly brace myself against a fierce crosswind on a dark, frigid night. To overcome the tedium of thousands of pedal strokes over the same route, day after day, by making it transcendent.

To do more than exist. To live. What’s the point of being alive, if not to live? I have to do this. I ride as if my life depends on it.