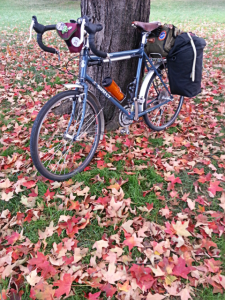 As I’ve been reading through the tweets and blogs, I see that even though everybody has to follow the same 15 rules to be an official finisher, people have still customized the challenge and their coffeeneuring rides.

That’s the blog roundup for this week.

I also have a RULES UPDATE, which I will also add to the Coffeeneuring Challenge rules post.