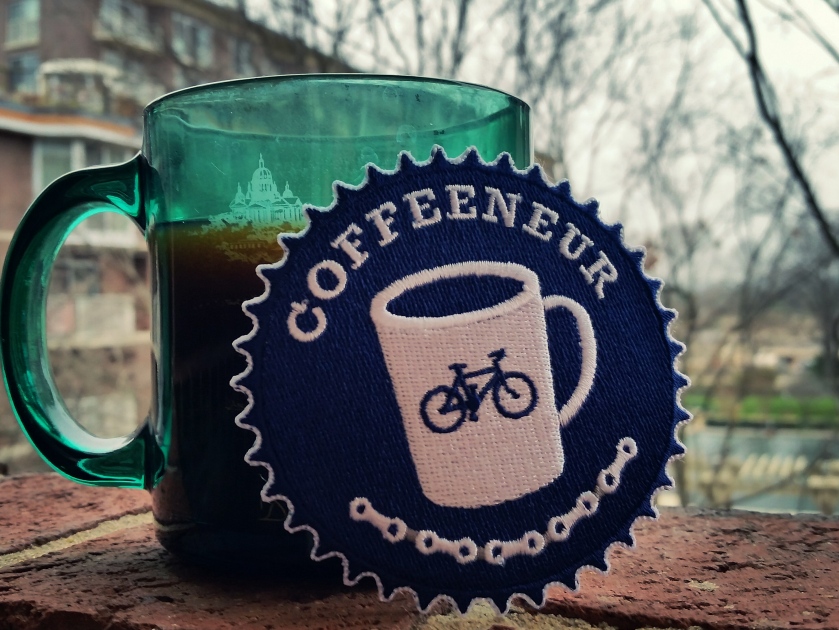 The results have been calculated, the patches distributed, and the 2015 Coffeeneuring Challenge is now officially at a close. (If you did not yet receive yours, please let me know!)

Before we close the book on another year, though, I’d like to share a few coffeeneuring facts with you in the off-chance that someone decides to develop his or her own coffeeneuring trivia game.

While 226 (91 percent) of this year’s 248 finishers were in the United States, I received several entries from the international coffeeneuring community, and they are shown in the pie chart below. You will likely need to click on the charts unless you have eagle eyes.

Coffeeneuring is a growing sport, with more finishers and greater participation than ever before. Some of the places where I see the coffeeneuring community growing are in areas I would not expect, basically due to the cold weather.

But in my years of facilitating this challenge, I continue to learn that cold weather does not deter the hearty coffeeneur. Here are the Top Ten States of Coffeeneuring for 2015. As you can see, Pennsylvania and Washington ran neck and neck this year, with Virginia, D.C., and California just behind.

It’s been exciting to see the coffee scene evolve in cities across the United States. Independent coffee shops are steadily taking hold across the country, and in areas where a good brick and mortar shop may not be so ready to come by, interest in the Coffee Shop Without Wall (or coffee outside) continues to grow.

Many people think Seattle wears the coffee crown, and in a broader sense that may be true. But when it comes to coffeeneuring, it’s a  slightly different story. Below are the Top Coffeeneuring Cities for 2015, where Pittsburgh, D.C., and Seattle led the way in overall finishers. Congratulation to Milwaukee and Pensacola coffeeneurs for their surprising showings this year. 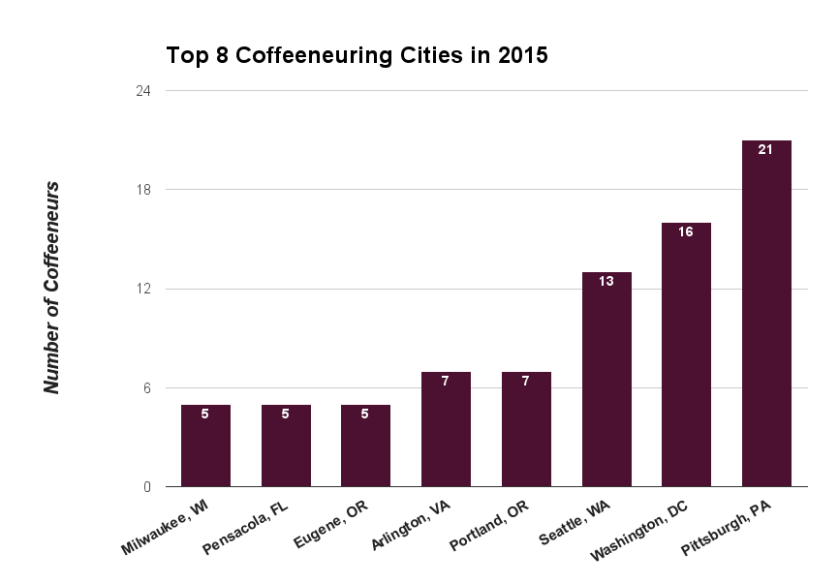 The Men and Women Who Coffeeneur

According to recent statistics, the cycling population in the United States is made up of approximately 75 percent men and 25 percent women. I believe that is slowly changing and more women are beginning to ride, but I’m always curious how the Coffeeneuring Challenge will stack up against this statistic.

This year, 45 percent of this year’s finishers were women (or girls), and 55 percent were men (or boys). I did not break out kids and adults, but I’m proud to say that kids also coffeeneur!

While the split is not perfectly equal, the results undoubtedly show that both men and women like to ride their bikes to coffee. Maybe men like it a little more than women, but not much more.

Before we go, I’d like to take a last look at the Coffeeneuring Maps that are graciously managed by the Northeast Regional Office of Coffeeneuring.

For the best view of these maps, you will need to click on the image.

This map is maintained by coffeeneurs, for coffeeneurs. On this map, individuals can enter their coffeeneuring destinations and provide any additional remarks they like, such as information about the availability of bike parking, quality of coffee, or anything else that a coffeeneur wants to highlight.

This map shows the current city of each 2015 coffeeneur and, where available, links to summaries provided by participants. These may be in the form of blog summaries, photo albums, or some other method.

The current state (physically speaking) of U.S. coffeeneurs. As you can see by the legend, the different shades represent the various levels of coffeeneuring participation in this year’s challenge. 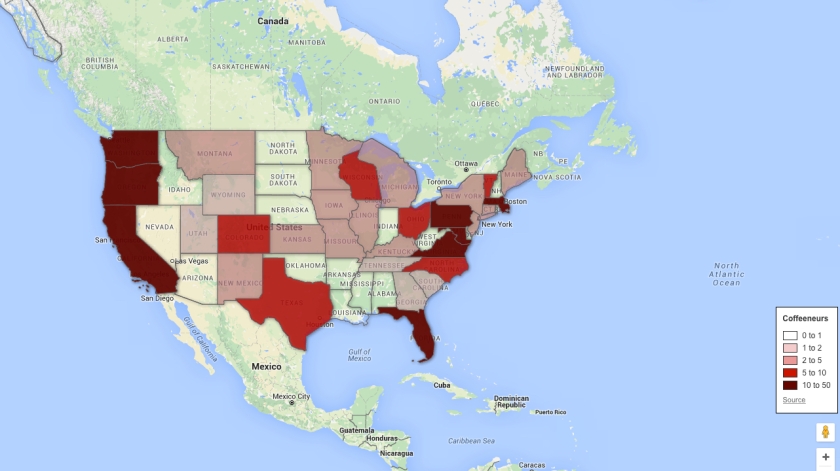 Again, many thanks to the Northeast Regional Office of Coffeeneuring for overseeing these maps!

The Glory. The Patches!

Everyone who finished this year’s challenge (or came close) earned the official 2015 Coffeeneuring Challenge patch, designed by Doug of Umbrella Works. I received a LOT of positive feedback about this year’s patch, and it is all credit to Doug’s creative work. Thank you!

The Coffeeneurs Who Make it Possible