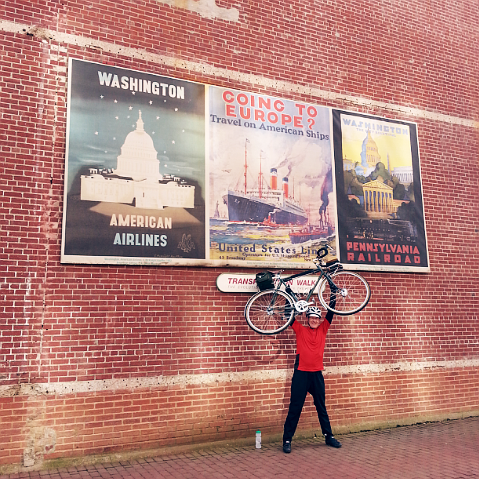 Having commuted in Washington, D.C., for several years, I’ve noticed that many of us operate under an unwritten set of rules that I’ve been calling the “bike commuter code.” I don’t know where this code originated or if it’s just the way cyclists silently agreed to operate in the city.

Distinct to the rules of the road and how we move among cars and pedestrians, the bike commuter code addresses how cyclists interact with each other as they cross paths en route to their various destinations.

Here are some of the rules I’ve observed that constitute the bike commuter code. I could be misguided on some of these and incomplete or remiss on others, though, so please help me fill in the gaps.

1. Everyone who bike commutes is special and righteous, no matter whether they ride 10 miles or 2 miles, or whether they’ve commuted for 15 years or seven months.

2. All commute cyclists have one common goal: to get where they’re going without incident.

3. You can wear whatever clothing you want to bike commute.

4. You can ride whatever bike you like to bike commute.

5. You can carry your crap however you prefer when you bike commute. Panniers. Backpack. Messenger bag. Milk crate. Carradice. Whatever works.

6. Eye contact with other cyclists is rare, even at long stoplights. The dynamics are similar to being in an elevator with other people.

7. Verbal greetings are also uncommon, as are conversations with other cyclists. (That’s what Friday Coffee Club is for!)

8. If you say hello or attempt to converse with a fellow commuter, do not be surprised if they do not immediately respond. If anything will start a conversation with another cyclist, it’s saying “nice bike.”

9. Shoaling, i.e., budging in front of someone at a light instead of waiting behind them, is a no-no.

10. Audible indicators for passing, either with a bell or saying “on your left” are not mandatory, but they are nice gestures and help with predictability.

11. Passing another cyclist on the right is not cool, no matter where it happens. Even in the bike lanes!

12. Commute racing is undignified, yet fairly common. You never know when it will happen, only that it will. (Well, sometimes you can guess, as certain stretches of road set up well for commute racing. Not that I would know.) The finish line is arbitrary and almost always unknown to the parties involved. If you unwittingly find yourself in the middle of a commute race, you have a choice: do nothing (oddly, sometimes hard to do) or race back (always silly).

13. A slew of new riders join the commute every spring and fall, and year-round commuters should prepare themselves accordingly for these times of year. These newbies do not know yet know the bike commuter code.

14. Special rule for those areas with Bikeshare programs! Empathy and patience must also be exhibited when encountering the big red CaBi bikes. You should also slow down for good measure. Anything could happen. The person riding it might be an experienced cyclist or commuter, but they could also be a tourist unfamiliar with the city or an inexperienced rider new to urban cycling.

15. A little tolerance goes a long way. Like it or not, we’re all in this together.

That’s the bike commuter code in a nutshell. What do you think? What did I miss?