We began today with a quiet exit from Lowman, a town nestled between the mountains. As we rode I wondered how life would be if, in order to go anywhere, I had to climb thousands of feet away from home. 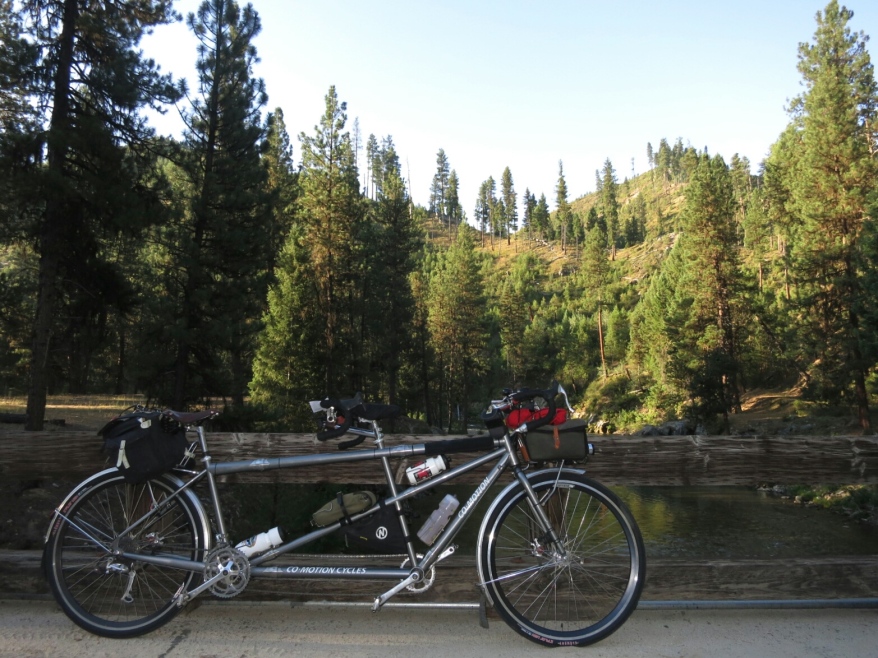 Maybe I would become a homebody and have all my essentials mailed to me. I’d telework every day. Maybe I would buy a pickup, like many others here have done, and just vroom vroom everywhere– except I do despise driving. Or maybe I’ll just continue to live in D.C. and not worry about such things, except during bike tour vacations.

Even though Idaho doesn’t reach the heights of a state like Colorado, the elevation has still affected me, leaving me short of breath at times, as well as causing the occasional headache and nose bleed.

No matter, though. I still love what we’re doing. The mornings are refreshingly cool and the days have been superbly dry. It’s a wonderful respite from D.C. summer.

During today’s ride we were often flanked by either the Payette or Salmon River. The babbling of the clear river water was a peaceful reassuring sound, like listening to the sweet voice of a newfound friend in an unfamiliar place.

Our mostly unshaded climb proceeded rather well until the heat of the day began to shine down on us. As pickups passed, I thought of how easily our bike might fit in their rear bed. Then we’d be at the top of Banner Summit in no time.

But hitching a ride because you’re hot isn’t part of Felkerino’s and my touring ethos so we pushed on. By continuous pedaling at slow speeds we still reached Banner Summit and eventually my pickup hitching dreams were forgotten.

Or so I thought. After a delicious refueling stop in Stanley at mile 54, we continued to wind our way by the Salmon River via the quiet valley highway (Idaho 75). We stopped for some road construction that had reduced the road to one lane over a two-mile segment and were informed that we had to ride in the bed of the follow car. 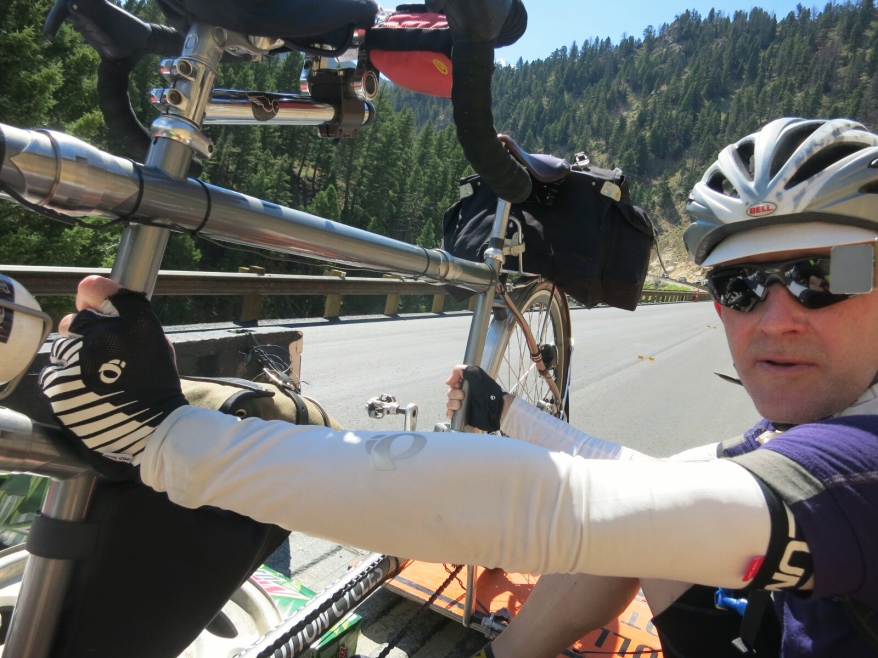 In practice, an eight foot long bike does not fit so simply into an eight foot bed, but Felkerino and I made it work, despite the fact that it was probably safer for us just to have ridden through.

As we sat in the back, I remembered my days as a small kid in Iowa, and how I dreamed of riding in the back of a pickup. But because we were townies and my parents owned a boring sedan, this rarely happened. Oh, and also, because it’s really not a best practice in terms of safety.

This pickup truck interlude was part ridiculous, part dangerous, and part nostalgic. And now Felkerino and I can say we’ve ridden in the back of a pickup together with our giant bike so cross that off the bucket list. 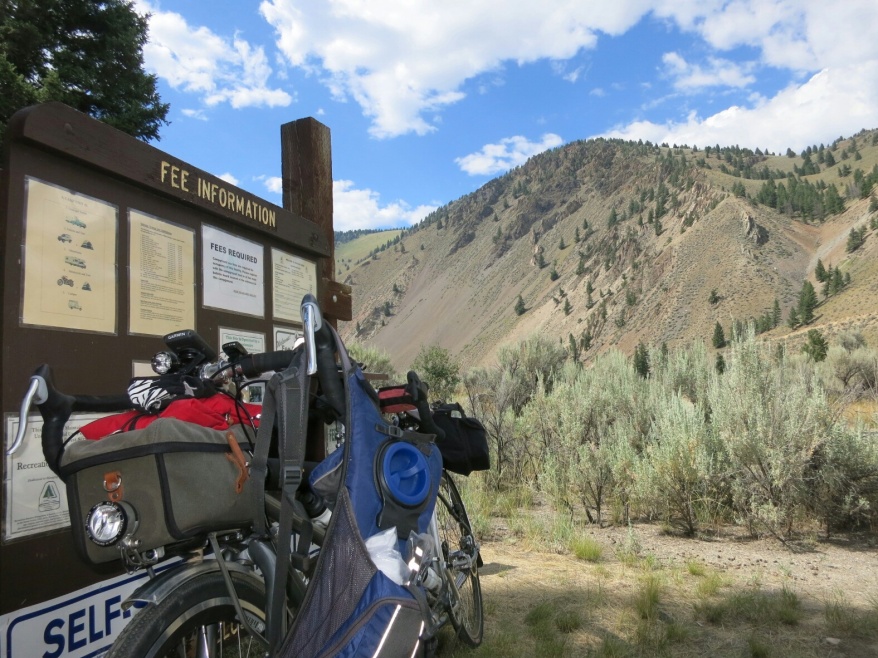 The rest of our ride was a calm meander through the valley to the town of Challis. I was sad to leave the water behind as the highway ended and we rode the final miles away from the Salmon River into town. We were just beginning to know each other.