As we head into Thanksgiving, I thought I’d share a recent conversation with our buddy Jerry, who rode his bike coast to coast this year, beginning in Alaska, passing through Canada, and back into the United States until finally reaching his Washington, DC., home over nine weeks of riding.

Jerry’s light packing system, big miles, and determination to pedal through headwinds and downpours from one coast to another impressed and inspired. The opportunity to see so much land by bike, to meet people from all over the country, and the physical challenge of riding from one coast to the other appeals.

Thank you so much, Jerry for talking with me again about your tour. If you missed the first time we chatted, please see our first interview here. Thank you for sharing the beauty of your journey through the United States and Canada with us!

Over 9 weeks you rode 9,254 km (5,750 miles, translated for people like me, even though my bike computer has somehow switched to kilometers, what?!).

That averages out to 147 km (91 miles a day). And, while you rode light, you still rode self-contained. How did you keep moving forward at that pace and did you manage any rest days?

I’m very pleased to hear you are running on the metric system now!

Riding at that pace for that long, while trying to find food, find a place to camp, keep warm, keep cool, keep clean and wash your clothes is pretty tough. But I wouldn’t have done it any other way – it added to the challenge, and I was able to see and experience so much in my nine weeks.

I didn’t ride too fast, but I did ride long days. That’s the key; you have to keep rolling. And eat a lot of food. I was constantly eating.

I was planning on having a handful of rest days, but headwinds put me behind schedule. I took one rest day in Haines, Alaska to go sea kayaking, which was awesome. I saw seals, eagles and a harbor porpoise. Other than that I rode every day.

You took a short break in between your final leg from Minneapolis to Pittsburgh, due to previous commitments and then ended up riding 1,570 km in 7 days in order to meet your timeline and return to work.

Rando pace! What was that like? Were you enjoying it, feeling pressure, or something else. That’s 224 km per day!

It was a blur, the toughest stretch by far. I took ten days off the bike and it took a while to find my rhythm again. I rode a number of consecutive 250km+ days. I would finish the “day” around 2 a.m. and be up and riding by 6 a.m.

At first I was anxious and worried that I wouldn’t cover the distance back to D.C. in time. But then I realized it was no different from a multi-day randonneuring event. I’ve done enough of those, so I shifted mindset and settled in for the ride. It was still difficult, but the randonneur can be a determined fellow.

Tell me about how you planned out the camping. Were campsites readily available where you toured and, if not, what did you do?

I camped everywhere; there are no rules in bike touring. I pitched my tent by schools, tucked round the back of buildings, in fields, in parking lots, in highway pullouts, in county fairgrounds, by marshes and rivers, and in the mountains and the forest.

I didn’t come across too many campgrounds. Well, I did, but because I needed to ride about 150 km a day I couldn’t stop at a campground at 120 km. And most of the campgrounds are RV parks, which don’t work so well for the cycle tourist. I prefer wild camping, even if the shower facilities aren’t so good. I would wash in streams or by filling my water bottles with hot water in gas stations for an al fresco shower.

Given your timeline, it wasn’t as though you could really wait out much bad weather. What was the most challenging weather you rode or camped in and how did you manage it?

I was caught in hail storm in South Dakota. At dusk I pitched my tent in a field, with a beautiful show of lightning in the far distance. A couple of hours later a strong wind arrived and flatten my tent. Shortly after that the hail came – peanut-size pellets coming sideways in the wind. At first it seemed fun, but then it started to hurt.

I had to put my helmet on and wrap my sleeping bag around my body to protect myself. I put my pannier bags over my bike frame since I’d heard about hailstones wrecking cars. After 30 minutes the storm passed and I took a survey. My tent and bicycle survived ok.

I had a little snow in Alaska, a little rain elsewhere, and hot weather in Montana and South Dakota. But my main trouble was the wind. I cycled for two weeks in the Rockies into a relentless southerly. Day and night it blew and there was nothing I could do.

After a week though I reached this Zen moment where I realized that the wind had no power over me. It couldn’t win – I was going to get to my destination regardless. After that I wasn’t so frustrated – only one of us was going to win this battle, the wind’s efforts were futile.

What about mechanicals? Is it really true that you had no flats throughout the entire trip?

Yes, no flats for the whole trip! I carried two spare tubes and a few tools in a bag. I never opened the bag. I had a thorough service on the bike before the trip and it rode like a charm the whole way. 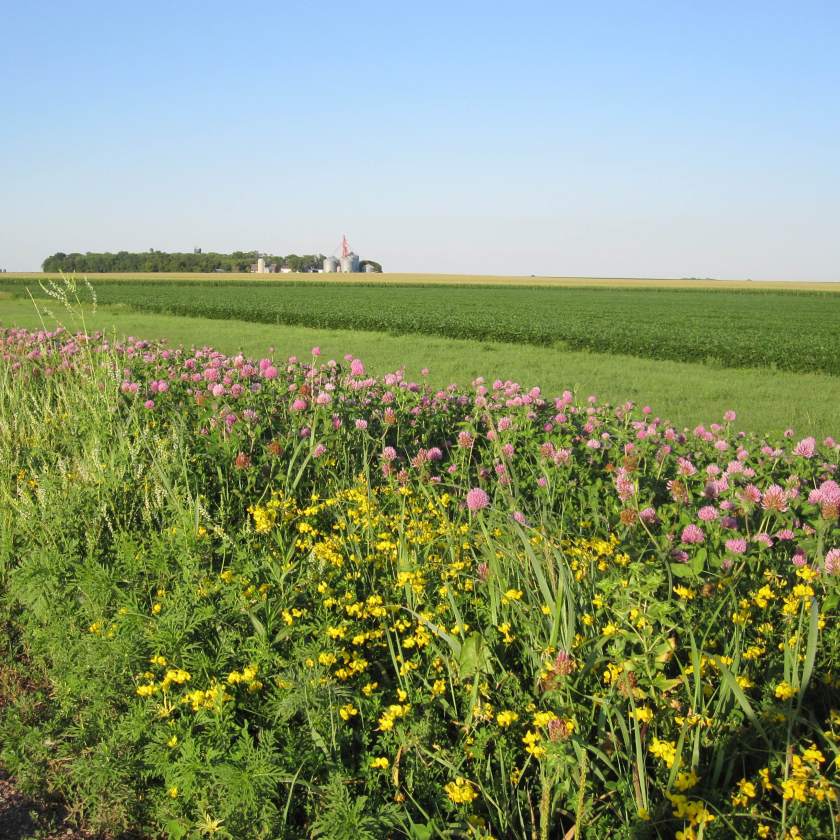 What were the most enjoyable parts of your trip?

There was something new every day. The landscapes, the wildlife and the people I met. Even the two weeks of corn and soy were enjoyable – it’s interesting (horrifying) how we have constructed an entire food system that relies on just two crops. The farm machinery is hugely, quite something to see.

The most challenging parts of your ride?

The challenges were various. Finding decent food. Trying to keep me and my clothes clean. Keeping my phone charged. Applying enough sunscreen. Maintaining my schedule. Dueling with that wind.

Finding a quiet spot to pitch my tent could be difficult. I camped next to a football field one night and was woken up by two sets of headlights shining straight into my tent. The police knocked on my door; they were looking for a burglar. As though a burglar would break into a house, steal the family silver and pitch tent in a field nearby. They were nice about it, though, and after running my ID they left me to my sleep.

I slept next to a cemetery one night. As my friends on Instagram commented, the neighbors were nice and quiet, and I had a great sleep.

The north – Alaska and Yukon – are huge, wild places. The tundra north of Fairbanks was an epic little adventure onto itself. Riding north into Deadhorse, through the night and into a sun that never reach the horizon, is a memory that will stick with me.

I met so many interesting and inspiring people. The family from Montreal starting out on an 800 km canoe trip down river to the Arctic Ocean. The cyclists on their way to Tierra Del Fuego. The kind strangers who took me in and shared their homes and stories with me.

I saw so much wildlife too; I wasn’t expecting that. Caribou, moose, all kinds of birds, bears, beavers, porcupines, elk, and some pretty interesting bugs. I was riding in the night one time and a family of skunks was casually walking down the road towards me.

Do you think this bike tour changed you as a rider?

I don’t have a grand reply to this question. I’m still the same. I learnt quite a few things here and there. I perfected the art of the rando nap – a ten minute afternoon sleep can do wonders. There are lots of other little tricks you learn on a ride like this; the cycle tourist is a resourceful breed of animal.

I’m still the same rider though. But with more appetite for long tours! I found my tour endlessly interesting and I never got bored. Anyone who would like to ride country-cross should do it – it’s not as difficult as you might think and you’ll love it.

What didn’t I ask you that I should have?

When are we going on a ride?

Soon! Thanks again for the talk and the inspiration, Jerry, and Happy Thanksgiving to all!