“Adventureland, where you can ride the Tornado, see a family show, and hear a rock and roll band!” During my childhood in Iowa, an amusement park called Adventureland was the summer go-to place for families, second only to the state fair. 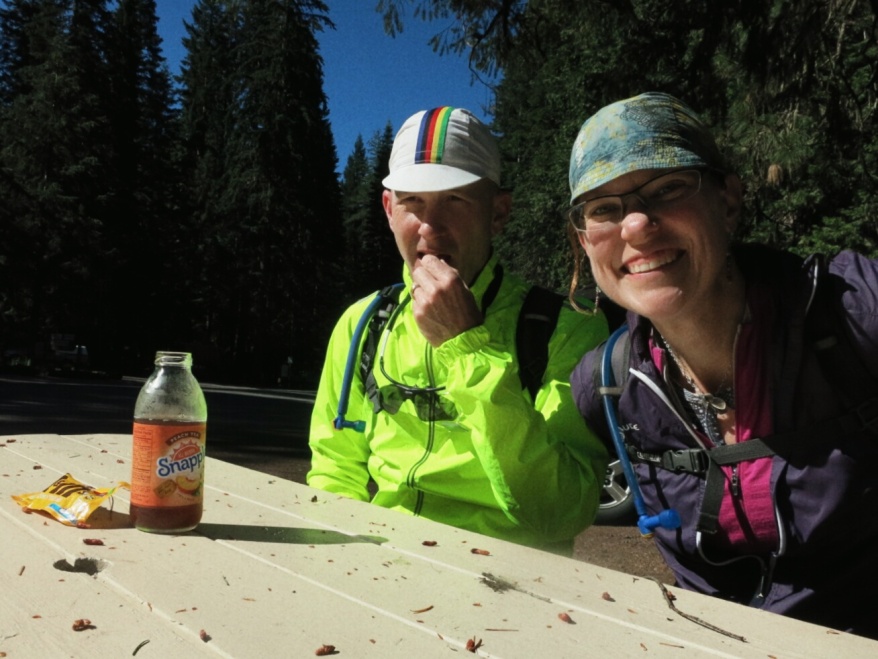 When we reached the rim of Crater Lake, and that old Adventureland jingle began ringing around in my head. After our mellow day to Prospect where we were one of few vehicles on the road, and the morning’s fairly quiet 30-plus mile climb into the park itself, Crater Lake was a jolt.

Cars! Families! More cars! Shutterbugs on the lake rim. Signs advising people not to stand on steep ledges as it could lead to death. People sliding down snow packs. A congested gift shop and lengthy line for the mediocre café by the lake. Crater Lake looked like an Adventureland of the national parks.

I had not expected so many freaking cars parked along the rim. Unlike Lassen Volcanic National Park, where people left their cars in various places throughout to hike and experience the hikes and other experiences the park has to offer, all the activity at Crater Lake centered in a few spots, especially at lunch time.

I heard someone complain about the lack of car parking, but I was in no mood to empathize. I know not everyone can hike or ride their way through places like we do, but our dependence on cars in this country maddens me. By the way, we had no trouble finding a parking spot for our bicycle.

Even with all the vehicular traffic and the 40-mile ascent to our high point (which was actually not a bad grade overall, just long), the ride to the magnificent rich blue water of Crater Lake was worth a stop.

Our tour planning took a lucky turn because we avoided the snow and freezing temperatures from the previous day, and our ride was under sunny skies and in mild 50-60 degree temperatures. Summer, you came back after all.

We also met two touring cyclists from Vancouver, also on a two-week tour of the area, with an end point of Eugene. 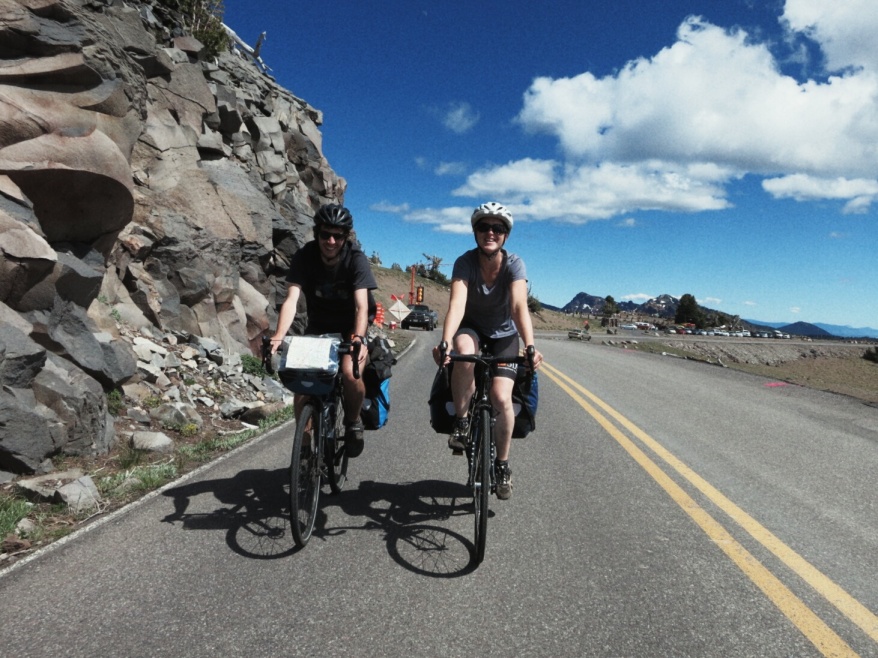 I had thought Felkerino and I would regularly see other touring cyclists along our route, but that has not been the case. Many cars with mountain bikes on them drive by us, so I suspect that a lot of the riding here is occurring beyond the pavement.

We took our own kind of Adventureland Tornado ride when the climbing in the park relented. The bike picked up speed, and we tore our way our of the park. Some crosswinds whipped at us, but our momentum continued to exhilarate.

One last look at Crater Lake

We spent 18 miles along the ugly US97, but at least the shoulder was good. It was a relief to turn onto a quieter side road for the final 16 miles of big rollers into Crescent Junction. I didn’t even mind the steady headwinds- too much.

101 miles. I had an IPA to celebrate my Adventureland day.