Leaving Bend was a surprisingly subdued experience, once the city streets were behind us. We followed one of the Oregon Bikeways for the first 15 miles- the best cycling miles of the day.

In retrospect, we should have figured out if there was an Oregon Bikeway long cut to the town of Sisters because once we left the Bikeway and turned onto US20 the riding was nasty. Tiny shoulder on a busy two-lane road, with cars, trucks, and big loads passing us all the while. We eventually made up our own long cut that added a little over one mile in order to ditch that highway. Worth it. 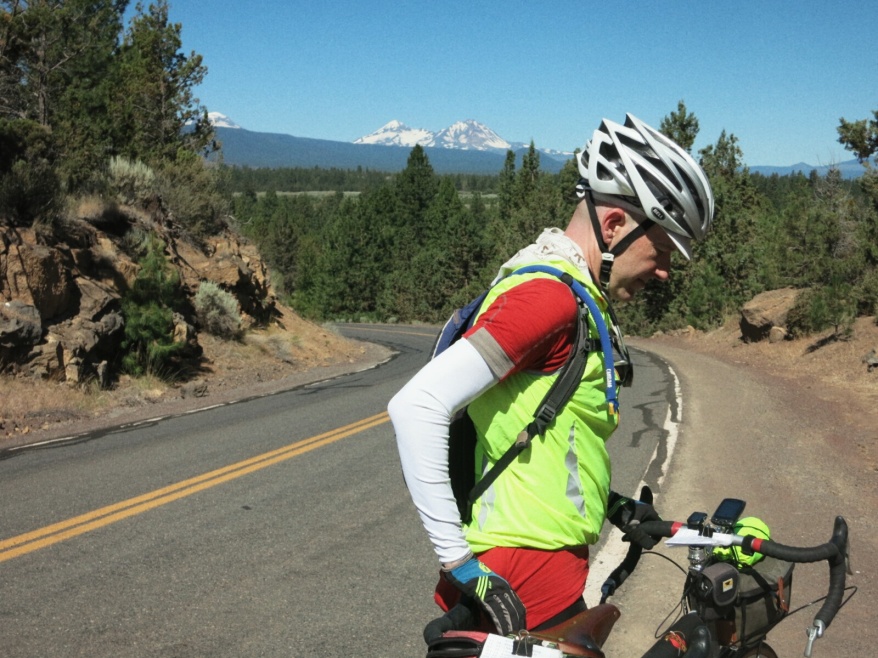 Leaving Bend via the Bikeway

In Sisters, we bee-lined to Sisters Coffee and immediately spotted two touring bikes. Yay, touring cyclists are here, and we looked around to see who the bikes belonged to. It was the same couple from Vancouver, British Columbia, who we had met during our ride through Crater Lake Adventureland Park!

We exchanged notes about our rides over the last couple of days, and we also discussed how inviting the town of Sisters is. Great coffee shop, a bike shop, some galleries and gift stores, an excellent respite from the road.

Meeting up with Frederique and Antoine in Sisters

After an hour or more break there, we resumed our ride, bidding our fellow cyclists farewell. We ground our way along more busy road on another segment of US20.

The shoulder space was better here, but unfortunately the asphalt had been poured in such a way that there was some weird seam down the center of it so we spent our time maneuvering around the shoulder seam. Eventually it disappeared, though the traffic did not. I can only imagine this stretch on a summer weekend.

Cars and trucks gave us room, and we reached the final one-mile stretch to the Santiam summit, where there was some road construction with a flagged and single lane passage. This worked well for us because we rode through peacefully after all the cars which gave us open road on the other side to begin descending, and we knew the cars would be passing us in groups.

The last 30 miles of our day were along OR22w, another stretch that earns a thumbs down from me, mostly due to the giant hay trucks passing us without wanting to give an inch. These loads also gave off a sudden draft when they passed, which momentarily disrupted our bike feel. 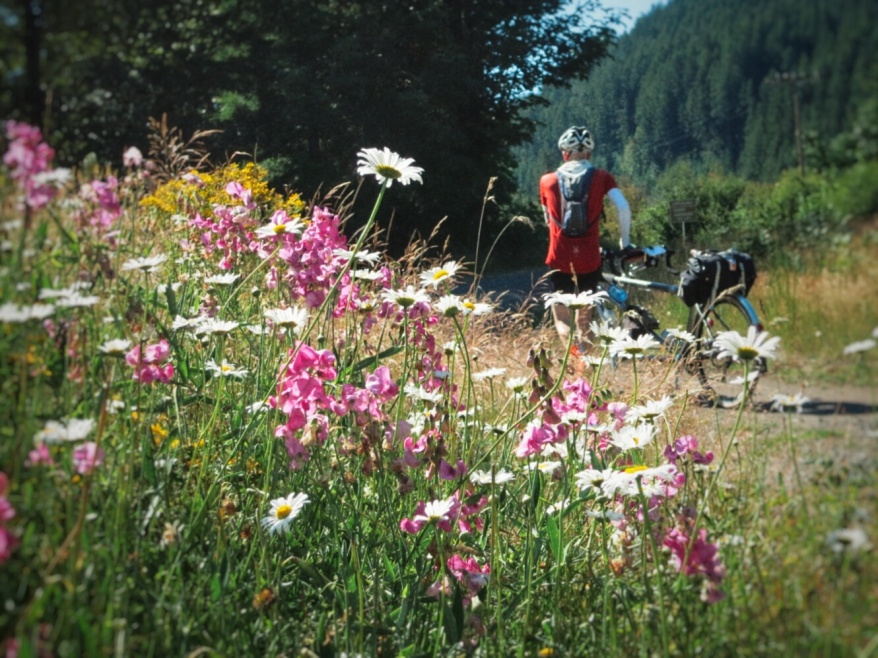 The wind whipped us about most of the day, but that was small potatoes compared to the traffic. I’ll take wind over semis hauling hay bales any day.

Overall, I’d say this stretch is manageable, but not enjoyable, and not much room for error. We still saw a few pretty pieces of road, but not many. Felkerino and I were both relieved to finish this day.

Cheers to a safe arrival and no more hay trucks

We arrived in Detroit just in time for dinner and a nice chat with a group of people who are doing a program audit of the Oregon Bikeway stretch from Detroit to Estacada, the same segment we’ll be riding tomorrow. Intense discussion of bikes, good roads, cycle touring, and transportation ensued. I was in heaven.