I would have written you sooner, but I had to return the fire extinguisher to the hotel lobby. I borrowed it when my shoes became so hot that they burst into flames before our arrival in Buena Vista.

Believe me, it surprised me too, especially after our relatively cool and comfortable climb up to 11,300 feet on Monarch Pass. They’re fine now, though – Sidis are very durable footwear.

The approach to Monarch out of Gunnison consisted of relatively mellow rising terrain, and a sweet tailwind. Even so, I was concerned because I had never ridden this pass before and the bulk of the climb (2,800 feet or so) happened over 10 switchbacked miles.

The pass itself was an easier go than either Felkerino or I imagined. Three cheers for rest days! And tailwinds! 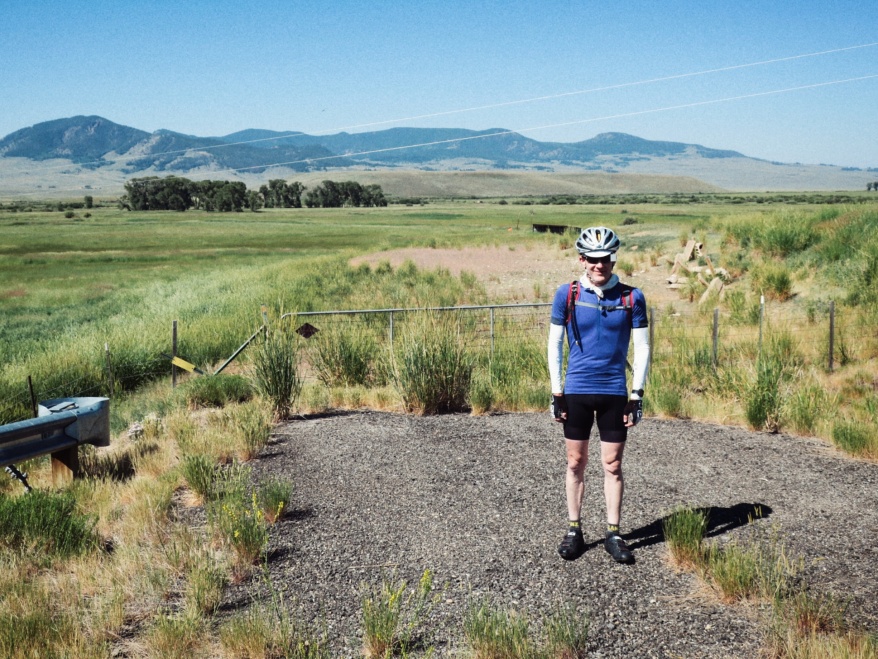 Felkerino, waiting for the tandem bus to pick him up

We synchronized our effort well, our bike tour legs returned to us after a day off the bike. Unlike our recent experience on Coal Mine and Molas Passes, the sun led the way. Three cheers for sunny climbs over 10,000 feet! 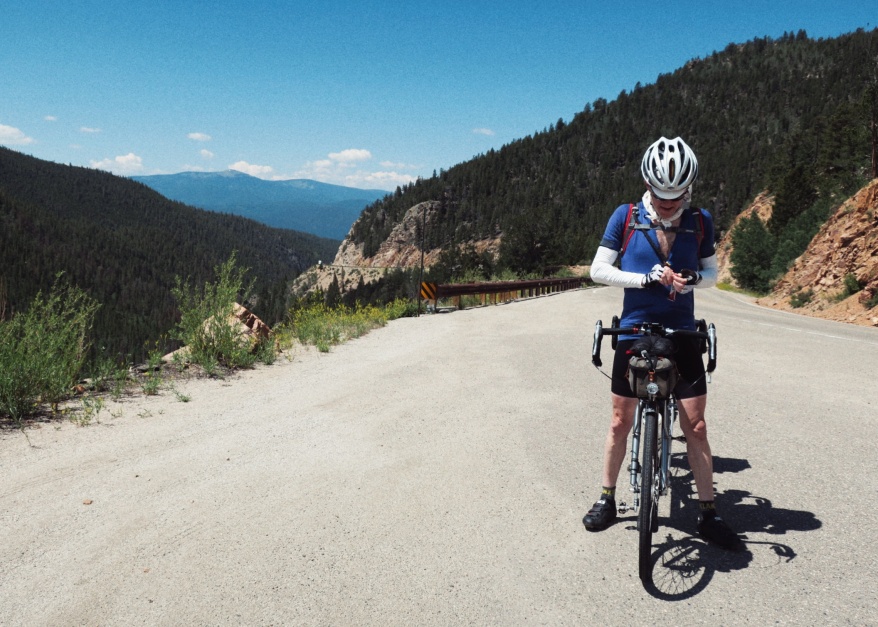 But the vehicular traffic today was merciless. We think this was in part to it being a Sunday. However, we also heard the road over Cottonwood Pass is closed because they are paving it this summer, and that means more traffic funnels onto US 50.

Mostly, people treated us well and gave us space. We did have the occasional close buzz and two angry anti-cyclist, middle finger waving drivers. Well, the joke’s gonna be on you someday, meanies. I mean, look at that cable show about the zombie apocalypse. A bike is definitely the way to go for long term survival.

But I digress. Let’s put the zombie apocalypse on hold while I discuss other highlights of the day. We ripped off of Monarch, until we tumbled back into the summer heat and the very cute albeit somewhat touristy Salida.

That was a fun pro-bike place, and the tandem received so much love! “That’s a cool bike!” “Look, a tandem. That’s a badass bike!” They have the right zombie apocolypse mindset here.

Our server at Moonlight Pizza even said she was considering putting a tandem on her wedding registry, and we heartily assured her that doing so was the absolute right thing. These were antidotes to our unfortunate earlier interactions. 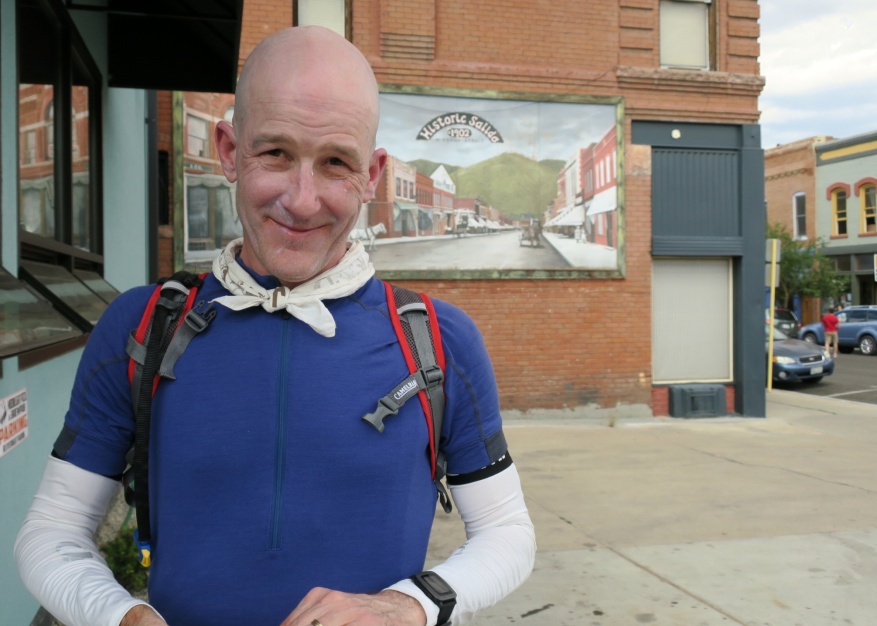 Like I said, at one point I looked down and my black Sidi shoes were on fire, which is why I needed the hotel fire extinguisher.  It sure worked better than those crappy toothbrushes they give you if you forget yours at home.

In Gunnison, I had picked up a hot weather UV Buff for my neck and face, as I’d forgotten mine at home. I had thought a regular bandana would do the trick, but my blistered Icarus lips clearly indicated I needed more coverage.

I’m so glad I purchased this $25 tube of fabric. When the sun started melting my face I used it like a little mask over my nose and chin… my summer rando-bandit look. I’m sure I looked odd, but my cheeks, neck, and lips have already sent me thank-you notes.

We’re now in Buena Vista, glad we had the opportunity to climb Monarch Pass at 11,300-plus feet, but these kinds of tour days definitely make us think about alternate routes and places to ride in the future. Ninety-two miles in such constant and fast traffic was stressful. We are not afraid of riding in or with traffic, but it’s a delicate dance between the cars, trucks, and us. We rely on the big kids to give us little kids space out there, and I don’t think it’s too much to hope for some kindness, too.