An annual tradition continued this year, as I completed my fourth consecutive “Ride to Harpers Ferry from D.C. on Friday, Run Freedom’s Run Marathon on Saturday, and Ride Home from Harpers Ferry on Sunday” do-it-yourself duathlon. If you look at the low running miles in the bank this year, I did not deserve this run, but I must be doing something right because this was one of the first pain-free marathons I’ve completed in years. 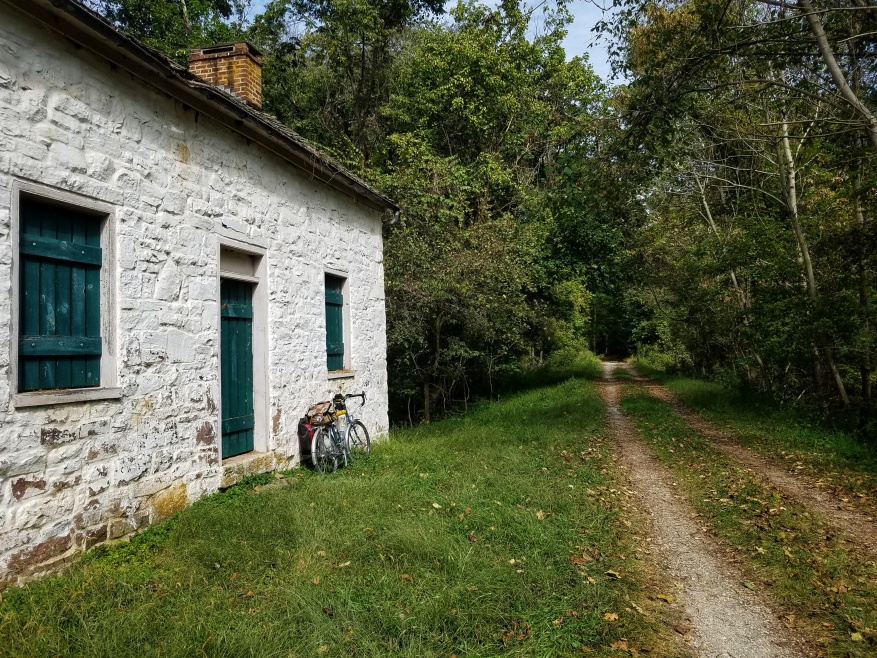 C&O after Point of Rocks

While my cycling miles are way up compared to 2016 thanks in large part to my Top of the Town commute, the same cannot be said for my running. After the D.C. Rock ‘n Roll Marathon in March, I took a full-on break from two-footed pursuits due to lingering pain that had persisted after fall runs in 2016.

May of 2017 I started going to… you guessed it… YOGA! As I’ve written, reasons for starting yoga were many, but one was that I thought it could help strengthen my body to make me less prone to discomfort and injury – hip and lower back pain, in particular.

I picked up running again in late July, but the longest mileage logged in preparation for Freedom’s Run was a 13-miler. So as I say, my running base was not ideal for a marathon. In late August I was waffling about the run, but I wanted that t-shirt and took a gamble on my overall fitness. This past Friday found me enjoying the break in the hot weather we’d been experiencing and meandering down a quiet (and dry!) C&O towpath for 68 miles to Harpers Ferry, West Virginia.

The C&O conditions were the best I’ve ever ridden. No washboard, almost no mushy spots, and overall pretty smooth for the 68 miles out. And happily, it was quiet, probably because I launched on a Friday morning when most people were either in school or at work.

Over the five times I’ve done it, Freedom’s Run has come to be a special part of my fall activities. I’m supporting a well-organized and skillfully routed event with a low carbon footprint compared to most races. Finishers medals are hand-crafted, and the participant shirts are USA-made. Active transportation is a part of who I am so it suits me to ride to and from it by bike. Finally, I view the weekend as a good test of my overall conditioning and ability to execute an event in a very personal way.

I was nervous about the run, though. We lined up at the start, and the race director offered pre-run announcements, including a warning that we not go out too fast since the course is backloaded with climbing. I wondered if I should really be doing this. I asked that question repeatedly until mile four, when I enlisted the aid of the yoga mindulness exercises I’d been practicing over the last few months and shut my brain off from any preoccupations and pessimistic thoughts.

Antietam. I couldn’t not stop for a photo of this amazing view and these clouds

Through this approach I was also able to desensitize myself from anyone else in my vicinity. Often when I run, I’ll pace off other people, or think too much about the presence of others around me. Not this time. On this run, it was just me, my mind, and my body engrossed in the task at hand.

It felt like not much time passed until we were entering Antietam at mile 17, and my body moved well through the big rollers. Not effortlessly, but well. Prime running conditions in the high 50s and low 60s certainly helped all of us runners along – with the exception of a headwind for a few miles as we pointed north – but I also noticed the benefits of months of yoga in the later miles.

All of those hip opener exercises, forward folds, lizard poses, and chaturangas were paying off big time. In addition, the ability to coax my mind into quiet and thus focus on my incremental progress soothed me and built my confidence in my body.

My time on this marathon was not fast. Okay, none of the times on my marathons are fast. BUT I carried constant momentum for 26.2 miles for the first run in forever. I did not bonk nor hit a low point, unless I count mile four. And Felkerino met up with me on his bike in the final miles and cheered me to the finish, also an annual tradition. 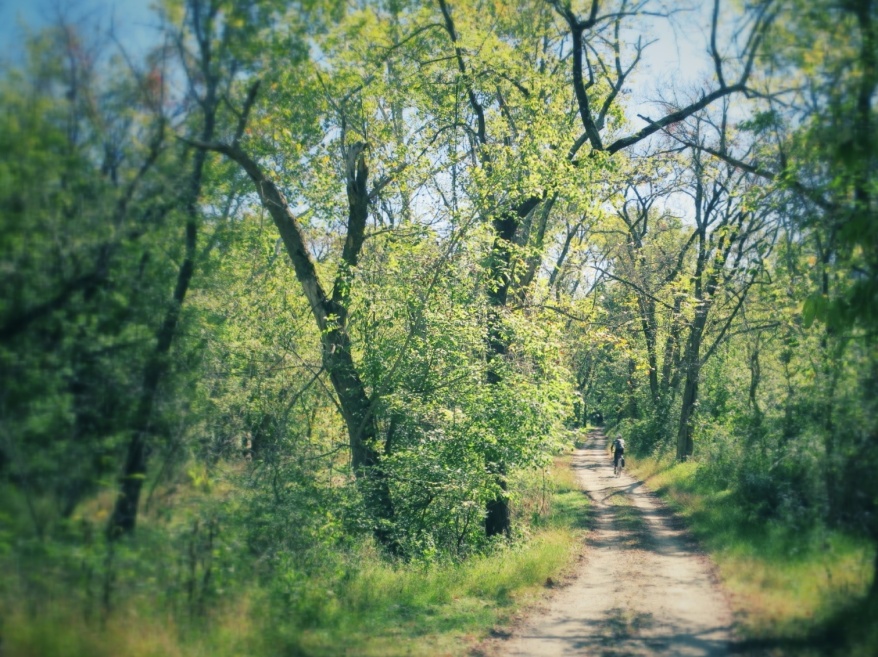 Felkerino leads the way back home

I reveled in the post-run glow for the remainder of the day, and Felkerino and I set off together on our bikes for the ride back on Sunday. My quads felt terrible, full of concrete, and I had the uncomfortable moulting feeling that I often get the day after a hard effort. The same 68 miles definitely felt farther on the return trip.

The ride was sunny, and fall began to dust us with its presence, both in temperatures and leaf hues. As long as we rode steadily, things felt mostly alright. Starts and stops on the bike were the tough part. That’s another great part of riding back on the C&O, there are so few intersections where one has to stop.

I sported my race t-shirt until the day warmed enough for short sleeves – women’s specific sizing this year, yes! – and I pinned my race number to my Carradice. Only I noticed, but I was proud of what my body had done, and so completely satisfied in how my do-it-yourself duathlon turned out. Sometimes you get lucky.

A big thanks to Freedom’s Run director Dr. Mark Cucuzella for creating this unique course, to all of the volunteers who cheered the runners on and made sure we were well-fueled along the way, and to everyone else who makes this event possible. Hope to see you again next year.