D.C. Commute Scenes: Bikes on Cars. Six of them!

While I was en route to the office yesterday, I happened upon this. 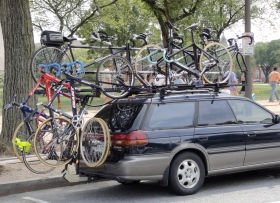 This car is carrying six bicycles, including a quint.

I took several photos for you to examine at your leisure.  They are here. Bike passengers include: the quint; two Giants; a Look; a Cody; and an Andante.  It looks like all but the quint are fixed/single speed.  A couple of Phil Wood Hubs, one bike with a Suntour hub.  Ok, my bike geekiness ends there, but if you see anything else of note, let me know! 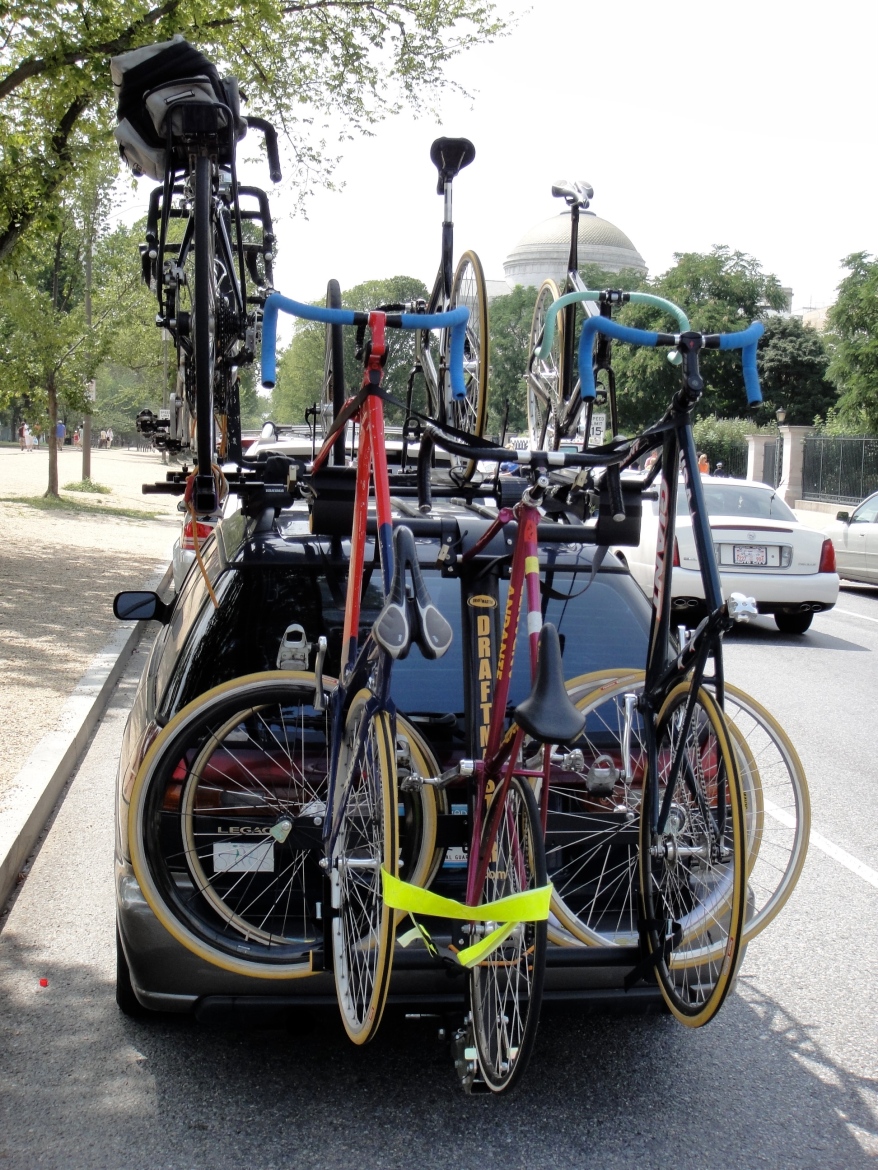 Several tourist types stopped to snap pictures as well. I think passersby were most impressed with the quint. And I think we all were amazed by the number of bikes they could fit on their car.