Velo Orange Mixte Commutes & the Search for the Ideal Bags

Lately I’ve been on a mission to ride all of my bikes more often. This is partially due to needing to clean the Surly LHT as well as change out a tube, but also because if I’m going to own multiple bikes I feel should make the effort to ride them all.

The past couple weeks, I’ve commuted almost exclusively on my Velo Orange Mixte, built up from a frame set I purchased over two years ago.

The Velo Orange is a great town bike. Reasonably priced and built up primarily with existing parts in the Dining Room Bike Shop (most of them coming off of my old commuter, a Novara Randonnee), I’m happy to be riding it again. 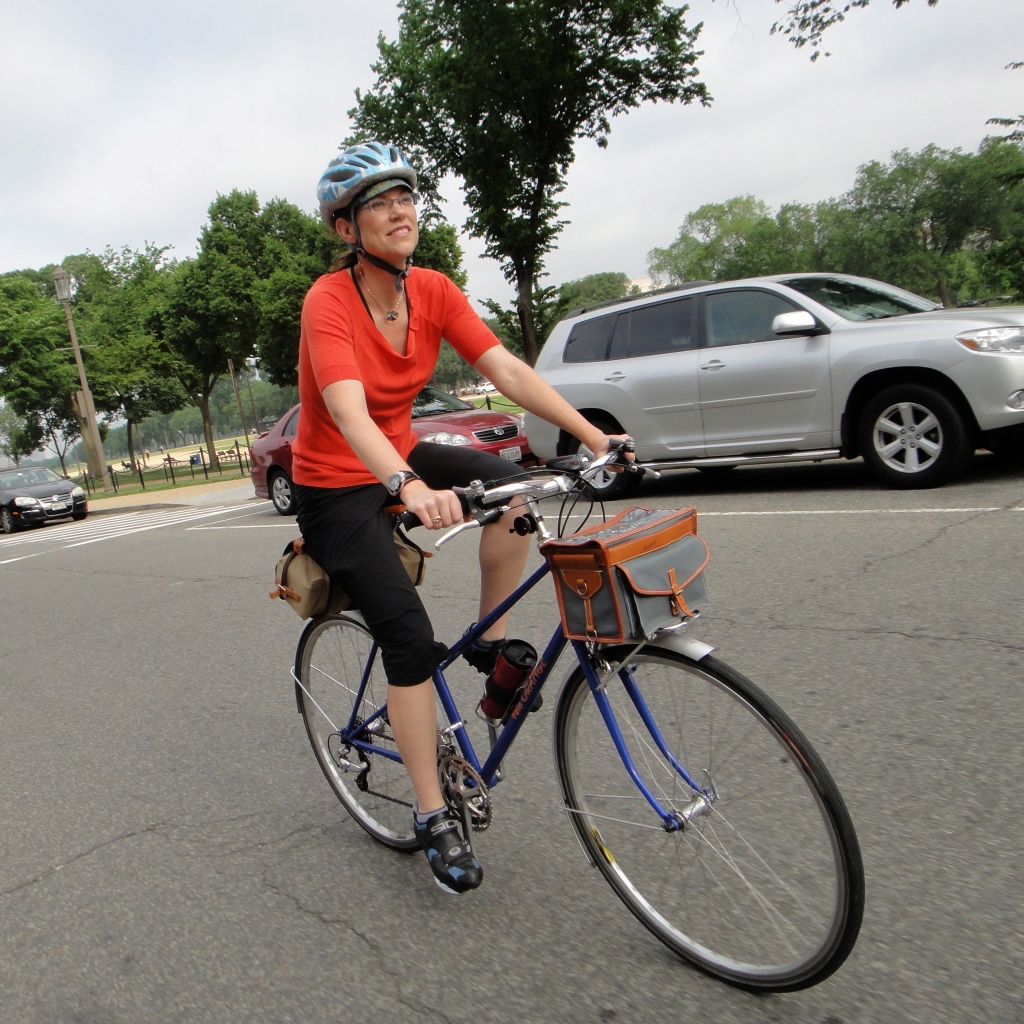 I do not have the Velo Orange set up with a rear rack at all so I have been messing around with my bag system in order to have enough carrying capacity to haul my stuff to and from the office and give me a little extra room in case I stop for something on the way home.

Initially, I had the bike set up with a front Berthoud bag (a lovely gift from Felkerino) and a rear Acorn saddle bag that I purchased several years ago. Acorn has recently brought these saddle bags back and I think they are beautiful.

When I rode the mixte like this I was in bag heaven, as these are the two most aesthetically pleasing bags that I own. However, I found the carrying capacity to be insufficient. While the Berthoud bag fit my purse perfectly, the Acorn saddle bag did not provide enough space for the other things I wanted to carry.

The Acorn is designed to accommodate 5.5 liters or so.Even though I keep my work clothes and shoes at the office, I carry gym clothes and a U-lock every day as well as other essentials, and frequently stop at the grocery store on the way home. So as much as I loved the Acorn bag it became a situation analogous to wearing shoes that hurt my feet, but that I still kept wearing because they looked so awesome.

Last week I removed the Acorn and installed a more industrial black Carradice Nelson longflap we had in stock in the Dining Room Bike Shop bag department. According to the Carradice site, the Nelson can carry 18 liters.

The Nelson’s size was much better for commuting. I strapped the bag on to my bike using the tabs on my Brooks saddle and affixing another strap to my seatpost. I did not use a Bagman because I don’t like them.

Initially I worried that the Carradice Nelson would be too large for the bike and that it would rub on the fender, making the fender in turn rub my tire, but that has not happened so far. The bag nestles cozily in between the fender and my saddle and has been working out great. As I said, it’s not as stylish as the Acorn, but functionality wins the day on my commute. 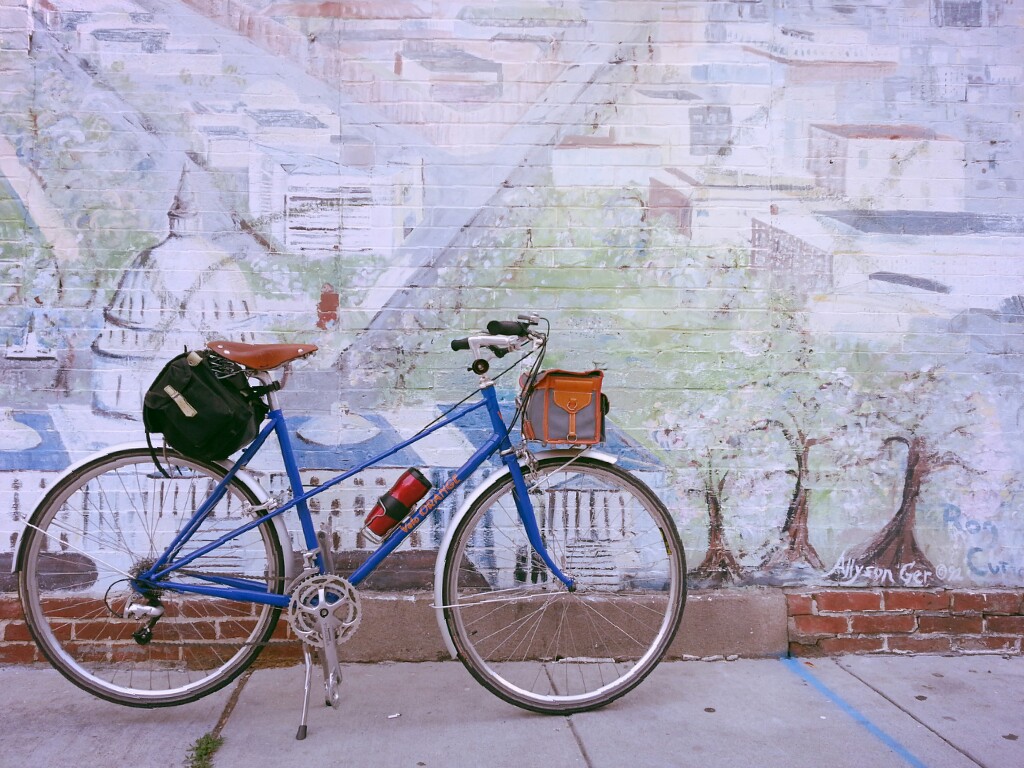 I love the Berthoud front bag, but I have also been thinking about switching it out because I would be so upset if it was stolen. It is secured tightly to the bike, but given that it is on a bike I use to run errands and sometimes sits outside locked to a rack (poor bike), it might make more sense to move it onto another bike. Any thoughts? Am I overthinking its value? Use what you already own and all that?

I have other plans for the Acorn so it will not linger long in the Dining Room Bike Shop bag department. In the meantime, the Berthoud and Carradice Nelson make for a good urban commute setup on the Velo Orange Mixte.