On Writing & Riding goes back across the pond (as the farmers in my hometown would say) to talk with Sally of Town Mouse. I began reading Town Mouse over a year ago. It caught my attention because I really know nothing about Scotland or its bicycling infrastructure. The posts about the roads, weather, and general cycling in Sally’s geographic area intrigued me and I became a regular reader.

Not only does Sally write for her own personal blog, but she is also active with the Cycling Embassy of Great Britain, which I ask her about in the questions that follow. The blog roundups she writes for that site will knock your socks off. See “The Great Big Pavement Cycling Bike Blog Roundup” for a recent example. They really are beyond compare and I can only imagine the amount of reading and thought that goes into putting them together.

Thank you, Sally, for being part of this series! One question I forgot to ask– will this interview make the Cycling Embassy of Great Britain blog roundup? 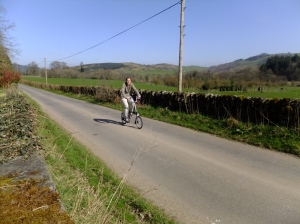 Sally on the Brompton

1. Please tell me about the geographic area where you ride.

I live in rural South West Scotland, about eight miles from the nearest town (Dumfries – “Bigtown” in the blog) and five miles from the nearest shop. We’re fortunate in having a network of tiny rural single track roads around us through rolling open countryside. In my not-particularly impartial opinion it’s some of the best cycling in the UK.

The only downside is the weather. While we don’t get really brutally cold winters, the rain rolls in from the Irish Sea on a regular basis and just keeps on rolling. Pack waterproofs, an umbrella, and wellington boots.

2. If you were to write a tweet summarizing your blog, what would it say?

3. What prompted you to start your blog and why did you choose to write about bicycling?

This is my second blog. I started writing my first, called Disgruntled Commuter, in 2005 when I was living in London and struggling to cross town on a terrible train service every day.

It was after one particularly dreadful journey home that I finally cracked and stopped bending my husband’s ear about it and started ranting to the world instead. When I started cycling to the train station, bikes got added into the mix.

When we decided to pack in our jobs and move to South West Scotland and I was no longer a disgruntled commuter I started Town Mouse to record the change of pace. As we only have one car and I don’t really like driving, cycling became an even bigger part of my life– especially once I started cycle campaigning.

Naturally, cycling forms part of the blog, but it’s just one element alongside gardening, knitting, whinging about the weather and updating people on the state of the ford. 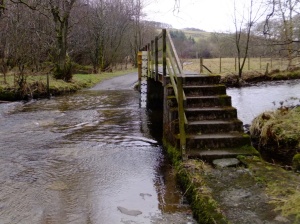 4. How did you come up with your blog’s name?

As a “town mouse” moving to the country it seemed the obvious name.

5. Who are you writing for? Do you have a particular audience in mind?

I guess anyone who is deluded enough to be interested in or amused by what I write, plus my husband, who has been telling me since 2006 that I wasn’t as funny as I was in 2005.

I do try and bring out the comic side, even when I’m writing about something serious. I already had a readership from my original blog and I took some of those along with me, even though the subject matter couldn’t be more different apart from the cycling.

Some people read it for the bike stuff, some for the gardening and so on. I’d probably gain more readers if I stuck to just one topic but I like the idea that there are people reading it who wouldn’t necessarily contemplate cycling but who now “know” a cyclist and, even if they’re not tempted to get on a bike themselves, can start to see our point of view. Otherwise a lot of bike blogging is inevitably just preaching to the choir.

6. What aspects of bicycling do you enjoy writing about?

I suppose it’s the surprising moments– like seeing a bird of prey hedge-hopping along the road beside me, or an interaction with someone you wouldn’t expect.

Occasionally I’ll let rip with a real rant when the absurdity of modern car-dependency just gets too much, and those are fun too. They certainly get me the most hits.

7. What are your favorite parts of being a blogger?

I think it’s the interaction with readers, and the places it’s taken me and the community I’ve found out there. What with blogging and twitter, there’s almost no place in the UK (maybe even further afield) where I couldn’t arrange to go for a bike ride with a like-minded person if I was stuck in town or needed a native guide. Given my terrible sense of direction, that has got me out of trouble a couple of times… 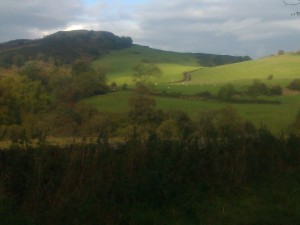 A sense of the scenery

The Cycling Embassy was started in 2011 by a group of frustrated cyclists, many of whom were bloggers, who could see from blogs like Copenhagenize and A View from the Cycle Path that what we needed in the UK if we wanted to see our partners, children, parents and grandparents riding was proper high-quality provision for cyclists, not just a bit of paint on the roads.

At the time, most British cycle campaigns were heavily influenced by the prevailing orthodoxy that what was needed was mainly more training and more people to just toughen up and cycle on the roads and that Dutch-style provision was somehow dangerous and inferior– or else that there wasn’t the political will for proper provision so we should be campaigning for things like ASLs (bike boxes) and shared use pavements as “better than nothing.”

The Cycling Embassy aimed to change that and try and educate people about what proper cycling infrastructure was all about and how it could make everyone’s lives better. There has been a real sea change in the last couple years, to the point where many of the local and national cycle campaigns have come round to the idea of dedicated space for cycling. Now we’re concentrating on the details of what makes for really good infrastructure– hence our “Good Cycling Facility of the Week” spot.

I was one of the founding members, and wrote the manifesto and I’m on the board. My main involvement is the blog roundups which started because we were initially dismissed as “just a bunch of bloggers.”

I wanted to show people just how rich and lively the bike blogging world had become and also how influential bloggers can be, especially local ones. And I also wanted to showcase some of the amazing things that are going on now in the world of bike campaigning, especially in America. I’m glad people enjoy them. It’s turned into a bit of a monster, with the hundreds of blogs there are out there.

9. Was there anything about maintaining a blog that surprised you?

Yeah, nobody told me it was addictive. I’ve been doing it for nine years now and it’s still almost a daily thing. I am a writer so words come naturally to me but I probably could have written three more books in the time I’ve spent blogging. But given the places it’s taken me, and the people I’ve met as a result, I can’t say I regret it.

10. Do you have any favorite posts? What are they?

There’s this about cycling with my niece (one of my rants):

This one from my visit to Assen in the Netherlands:

This one about cycling in Copenhagen:

And by way of a contrast, cycling in Glasgow:

And this non-cycling one, for something completely different: 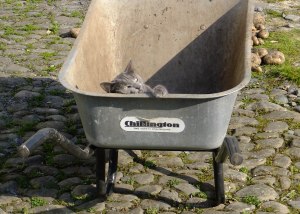 Our ex neighbour’s cat, now sadly missed (and a rare glimpse of some sunshine) because you’ve got to have a kitteh…

11. What did I forget to ask you that I should have?

“Are there any other cycling campaigns you’re involved in?”

Why yes, thank you for asking :-). I’m also one of the organisers of Pedal on Parliament, which is a Scottish campaign that has a mass bike ride on the Scottish Parliament every year. Well, we’ve done it for two years and we’re busy working on the 2014 one.

The Scottish government has set itself a target (since downgraded to a ‘vision’) for 10 percent of journeys to be by bike by 2020 but has done very little to bring that about. We’re pressing for more investment in cycling to make that a reality.

12. What tips do you have for someone who is interested in starting their own blog?

The blogs that really work are the ones that are grounded in someone’s personal experience and passions. If you’re not enjoying writing it, why would anyone enjoy reading it?

And reply to your commenters and comment on other people’s blogs (Although comments are getting increasingly rare these days– a sad side-effect of the way everything gets consumed via Twitter and Facebook) because it’s the relationship with your readers that makes blogging what it is.