Just before PBP 2011, I interviewed a group of 12 randonneurs to get their perspectives on various aspects of long-distance cycling. I talked with both men and women who were members of clubs throughout the United States. I called it the Randonneur Q&A.

The Randonneur Q&A covered big-picture randonneuring themes, including insights over the various brevet distances, and what it is about randonneuring that keeps drawing people back to it. With PBP 2015 less than a year around the bend, I thought it might be informative and inspiring to revisit these interviews. 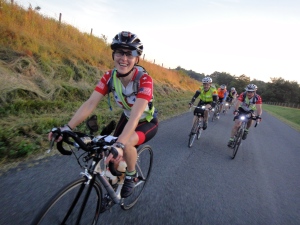 Thanks again to everyone who was part of the Randonneur Q&A.