I’m wrapped in the good vibes of finishing our loop of Idaho with a brief foray into Montana. As you may have guessed if you read my previous post, we took the pavement today. 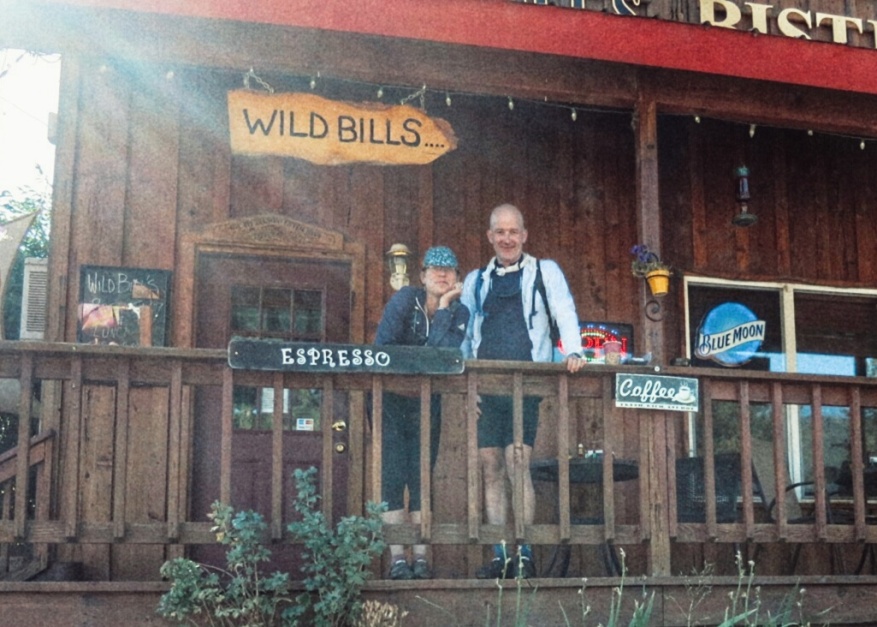 The 23-mile segment of Idaho 55 from Crouch to Horseshoe Bend was too busy for my tastes, but drivers were considerate and we hopped onto much quieter stretches for the miles that took us to the towns of Emmett and on to Eagle.

The temperatures have risen substantially in the last couple of days, with the Garmin registering temperatures at around 105 on the road during the hottest parts of the afternoon.

Some of that heat could have been avoided if we had left earlier than 10 a.m. from Crouch, but I woke up not feeling well and needed extra time to compose my riding self. I think I was dehydrated, actually, but a couple of hours of food, fresh fruit, and liquids helped substantially. It was also quite nice to sit and chat with Crouch’s locals in Wild Bill’s restaurant and coffee shop.

Our early miles followed the path of the Payette River. It is a striking contrast to ride through this arid climate while paralleling a flowing river.

My mouth dries and I take quick drinks to dampen it again, but I don’t have the same thirst. 100-plus temperatures certainly are hot, but there is something about the dry heat that sneaks up on me.

That said, today’s heat did not sneak up. Instead it came on like a teapot. Is it getting hot? I think it’s getting hot. Whistle! Whistle! The water is boiling! There’s a wet metaphor for dry heat. Go me.

Our route was exposed much of the day so we rarely stopped. So not many photos of today, really. We had to fix a flat at around mile 30 and we learned then that this heat will fry more than eggs. It will fry bike riders, too! See, I’m full of fine descriptions today. 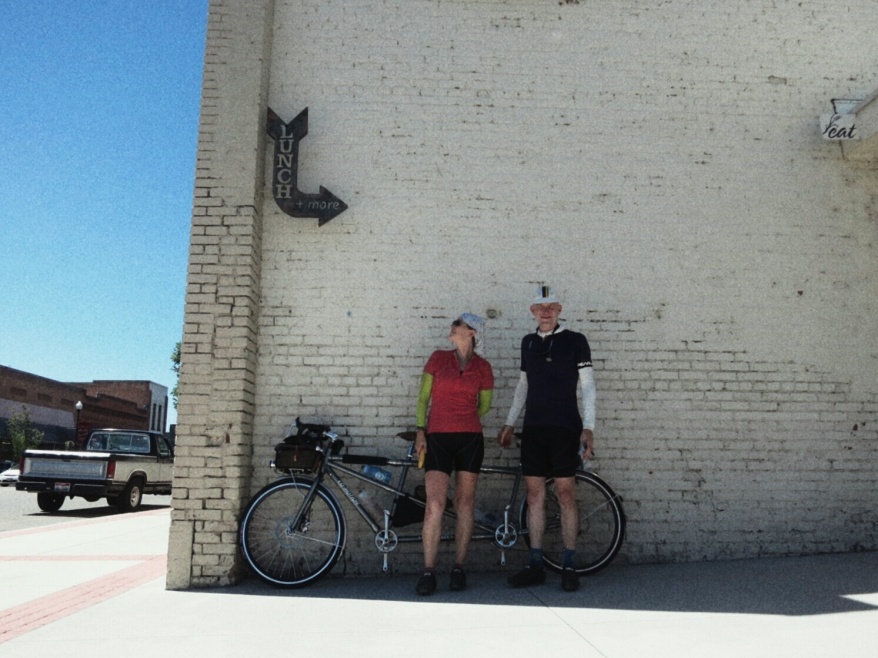 We kept a moderate pace and took shade breaks as needed. We stopped in the town of Montour for ice and drinks around midday.

“Sure is hot out there today,” I said to the woman in the store.

“Yes, and it’s just going to get hotter,” she replied. And her words were true. The heat here peaks later than in the Mid-Atlantic. It blazes high around 3:30 and does not begin to relent until 5 or so.

We rode to the town of Emmett for lunch. As we ate, we were informed about the climb that awaited us on the highway– Freezeout, it’s called. We then learned about “Old Freezeout” road, which was a steeper but quieter switchback climb with awesome views of the valley. And paved, so exciting!

This climb is known as Freezeout because it is a place where pioneers moving west in 1864 were literally frozen out from descending into the valley where Emmett now lies. History lesson!

After climbing Freezeout, we meandered our way to Eagle and then into Boise via the Boise River Greenbelt Trail. This trail appears to be well used by residents, but it is NOT signed well at all! It makes many twists and turns, most of which are not marked.

As visitors to the area, we found the Boise River Greenbelt difficult to navigate, to say the least. I wonder if people would say the same about our D.C. area trails. Please advise.

Despite our best efforts to make this Idaho-Montana bike tour vacation last as long as possible– including getting lost in town and a flat around 15 miles from our end point– we eventually arrived in Boise.

We ventured out this morning to the fine coffee spot called Crux, for a celebratory espresso. 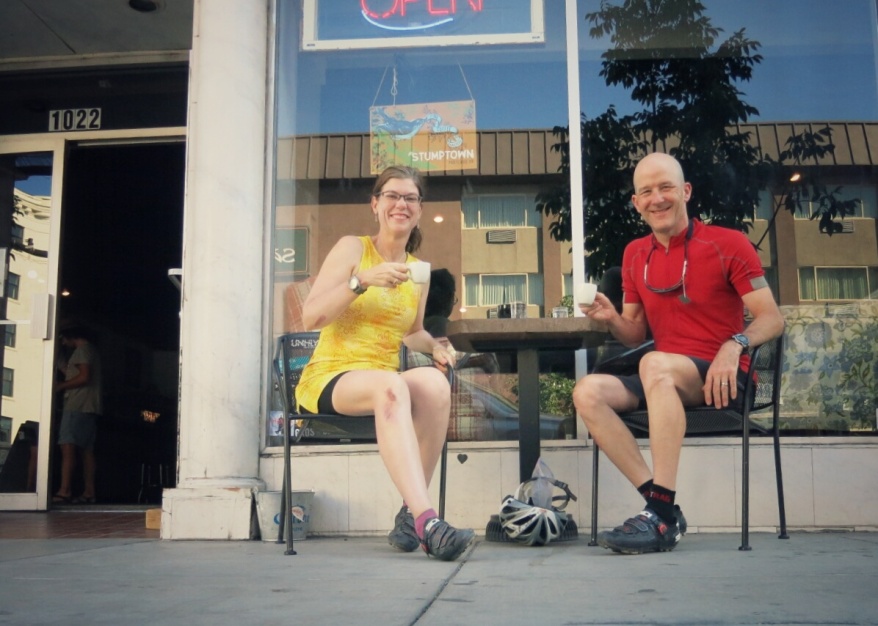 After 12 days and over 900 miles, our Idaho-Montana trip ends. Felkerino is breaking down and packing the bike as I write.

I like to write about our tour as it happens, even though I end up two-finger tapping and suffering through ridiculous auto-corrects on my phone, because I feel there is an immediacy about the experience that is lost, even after a short time. The diary of the now differs from the tale that unfolds upon reflection.

Thanks to everyone who traveled with us through the blog and our Instagram posts. We read every comment and they kept our gears turning. Several made comments to which I want to respond, but I am delaying until I have a better Internet connection and a full-fledged keyboard.

In the meantime, have a great weekend, and we’ll be seeing you soon, BikeDC buddies!