After months of unseasonably warm temperatures and thoughts that winter might pass us by, mother nature treated the D.C. area  (or punished, depending on who you ask) to record-setting snowfall.

Exactly how much snow is still somewhat in dispute, since weather officials at National Airport failed to follow the recommended snow measuring technique.

I didn’t use the recommended way of measuring, either, but my drift-busting Iowa-grown feet can tell you that D.C. received a heap of snow– likely close to two feet over the last two days.

Even though it appears that the weekend’s measurements might have been even higher if the proper measuring method had been used, this weekend’s blizzard (which some are calling Snowzilla, others Jonas, and still others by the title #MakeWinterGreatAgain), the 17.8 inches of snowfall ties with 2010’s Snowmageddon as the fourth biggest storm in D.C. 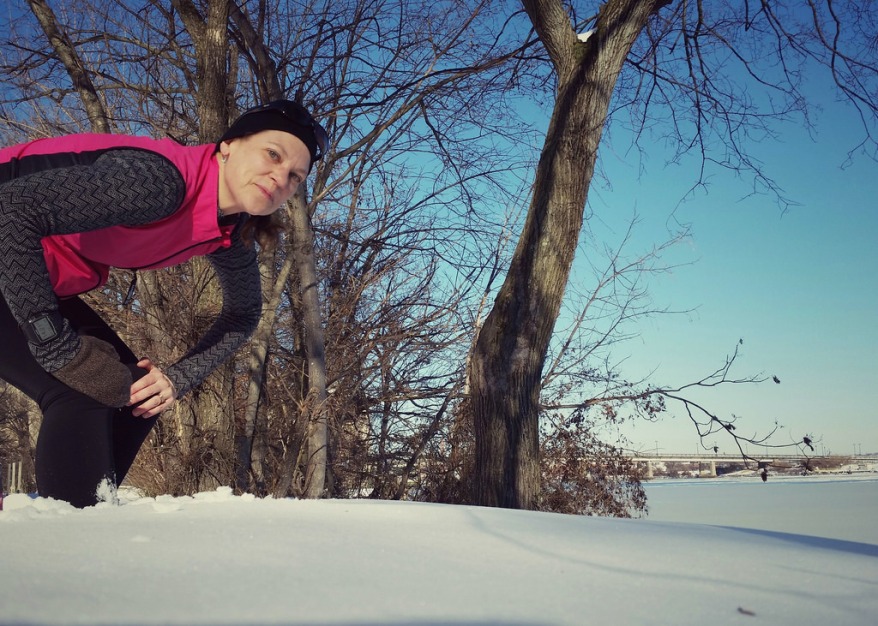 Snow on the Anacostia

Despite snow being one of the primary reasons I left my home state, I welcome the white stuff’s occasional appearance in D.C. We very seldom have the bitter single digit (or lower) temperatures common to Midwest winters, and when snow does arrive, it tends to dissipate relatively fast as long as the sun shines and the daily temps reach above freezing.

All that is to say, D.C. snows are not the boss of me. It also helps that I live in a place where I don’t have to shovel, I don’t have a car to uncover, and I can use a combination of my bike and my two legs to do most things. Yay for the biped lifestyle!

Felkerino mounted studded tires on one of his bikes and managed to ride his bike both days. I have not gone the studded tires route yet, as I’m perfectly happy to use these times as an opportunity to walk or run. I still believe that on two feet is the ultimate nimble state.

It’s rare that people stop driving their cars and the pedestrians can have their run of the town. These are wonderful moments. I have mixed feelings the D.C. area’s car dependence, and I wish it were possible for more people in our city to live without daily reliance on a car.

I know this is a complicated issue for many U.S. cities, but still, I wish our car-centric ways would – could – change. Until then, these snow-covered days are a welcome respite from vehicular dominance and give a tiny glimpse into what could be.

Over the course of the winter storm, I ventured out to stretch the legs and check out the state of our nearby surroundings, and I took some photos to remember this weekend and to share with all of you. (This is the first time I’ve tried WordPress’s “Gallery” feature so let me know what you think.)