As I set out my gear for Saturday’s 300K, I noticed the 2015 cue sheet for the same ride still in my bag. One year later, back again.

For a while Friday evening and into the next day, I wondered yet again why I thought of randonneuring as a worthy pursuit. Early ups, questionable weather forecasts, and all the rushing around to be ready to clip in at 5 a.m… not what I’d consider fun.

Morning hours were rainy with temps sinking into the 40s as we left Frederick and began to saw our way over the Catoctins. Brrr, such cold feet for a ride in May.

My tummy complained from the early wake-up and who knows what else. My body refused to digest anything for the first 30 miles. Still not fun.

I hung in there, though, waiting to see what the next mile would bring. Or the next or the next because I’ve found if we can just keep pedaling that at some point you might find yourself in the middle of a good ride.

The Frederick 300K route is one of my favorites. Quickly riders enter winding rural roads, and ascend over the Catoctins into orchard country where you can spy the rise of Big Flat, beckoning you.

The route mellows after this, and meanders through Amish farm country. Mount Holly Springs takes you back over the mountain, and then it’s a series of rolling hills and flat roads to the finish.

I believe I’ve ridden this course four times, but I felt as though I’d never seen it quite the way I did on Saturday. Never so vividly.

Perhaps that is because I was so grateful when my stomach finally settled after four hours and my body fully engaged in the day. Or maybe the weeks of rainy weather gave me newfound appreciation for the views when the skies began to clear. 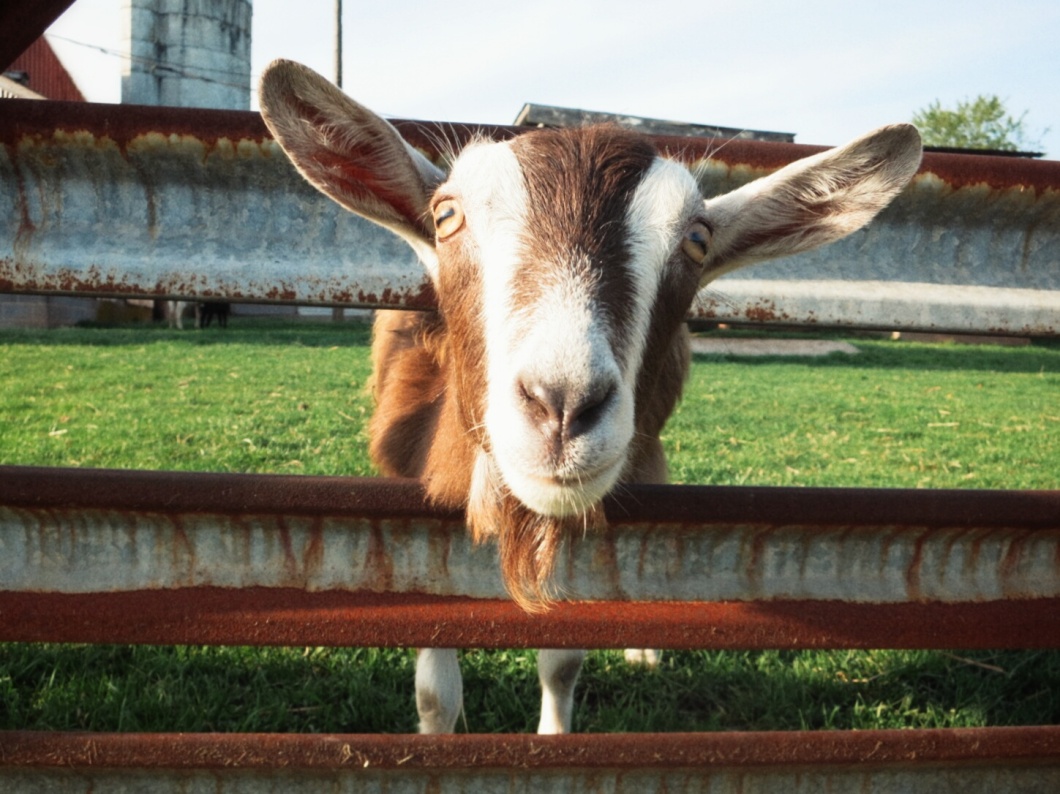 We encountered a menagerie of animals along our route, and since Felkerino and I appear to have gone soft over our years of riding together, we stopped more than we needed to fraternize with the farm life.

The 300K is probably my favorite distance to ride these days. On most days, we can complete it before night falls, and the 5 a.m. start and two hours of night riding are far less uncomfortable than the 4 a.m. 400K. The mileage mind games one goes through on longer rides like the 400K and 600K are not as present on a 300K ride.

Felkerino and I have ridden a little slower this year than last, but I for one have not been putting in the miles and rides that lend themselves to lower times. Also, if stopping to say hi to the neighbors along the way means we finish later, then I’m okay with that.

I go through my weekdays fretting about this and that, working on this and the other, living myopically. On this weekend’s ride during my talks with the cows, goats, and alpacas I recalibrated my perspective.

Sunday’s 300K reminded me once again of what a small part of the big world we are. The realization of smallness always gives me comfort.

Sometimes we ride to have fun, but other times I think many of us randonnneur for something beyond that. And after we ride into that place, we try to grasp it for as long as we can, even after the ride is done.

(Thanks to Gardner and Theresa for the fine organizing and to all the volunteers who make these rides happen for our club.)