The Rawland and a nice rollout

The past two weekends, Felkerino and I put the brevet cards aside to enjoy some excellent training rides. As you may know, I like to qualify weekend non-brevet cycling as “training.” It’s like a doctor’s note that excuses me from my household responsibilities.

Two Saturdays ago, Felkerino and I ventured out with friends Alec and Lane and pedaled from the District to the outer edges of Frederick, Maryland. It was a beautiful day for riding, made a little bittersweet since Alec is relocating. We’ll miss our friend, but I know we’ll ride together again.

Alec and Lane near Dickerson

We made Frederick our destination in order to check out some of the beginning roads for the upcoming D.C. Randonneurs 400K brevet. For some reason, I got it in my head that the ride would only be 105 miles. As we pedaled closer to Frederick, I noticed the odometer creeping up and up. 54, 55, 56… no way this was turning out to be a 105-mile ride. I told our group this was the Ride of Lies.

Our ride out to Frederick was mostly rolling, but the return leg had some significantly undulating parts. The most undulating was our climb up Mt. Ephraim road, a beautiful unpaved road that passes by Sugarloaf Mountain. It was a bit trafficky, but drivers made room for us. I highly recommend riding in this area if you have the tires for the hardpack.

Ultimately, Felkerino and I ended up with 120 miles on the day. I don’t know why I considered our mileage such a crisis, considering we had just ridden 189 miles the week before. Sometimes when I get it in my head that I’m doing one thing and end up doing another I get grumpy.

Last Saturday, Felkerino and I left the tandem at home and took the Rawlands out to hilly horse country, Virginia. If you live in the D.C. area, you know that this past weekend offered up some absolutely stellar weather.

Felkerino and I took advantage of the sun and low humidity by completing an 83-mile loop from Haymarket, over to Purcellville, then to Middleburg, and back. This ride included lots of grinding hills through pretty rural Virginia areas. Probably the most significant climb of the day was the leg-shocker at mile 5 over Bull Run Mountain. Topping that climb felt good!

The unpaved roads were made more challenging because of the extensive patches of washboard and other myriad sections with newly strewn gravel. The rough and unsteady surface required us to take frequent squeezes on our brake levers. I love the feeling of an unfettered downhill, but Saturday’s roads did not allow for them. 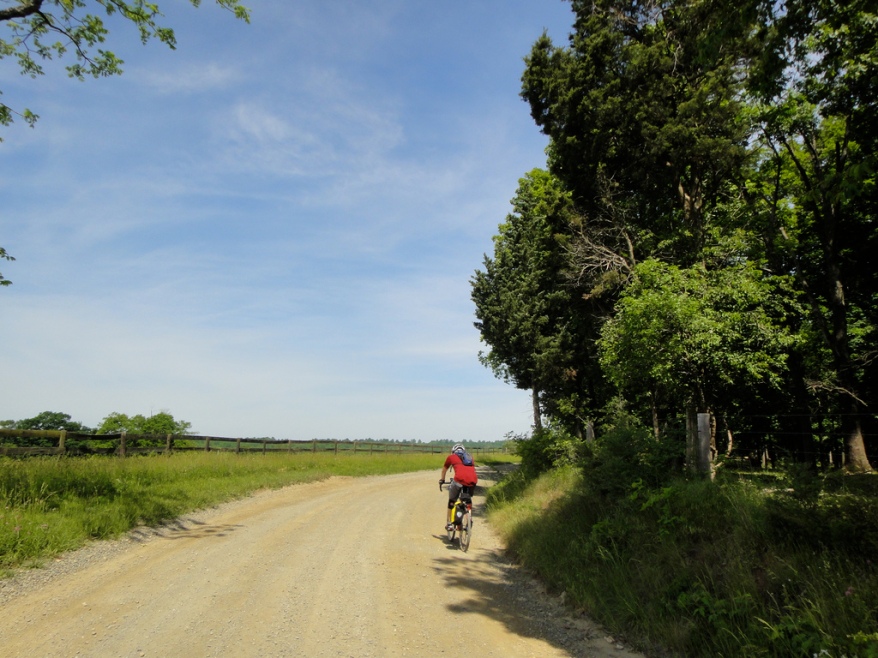 The Rawlands are good for roads like this. A couple of times I wished for beefier tires, but overall the bike handled the washboard and gravel without much trouble. The Rawland felt solid, handled well, and the disc brakes gave me extra confidence in handling the downhills. 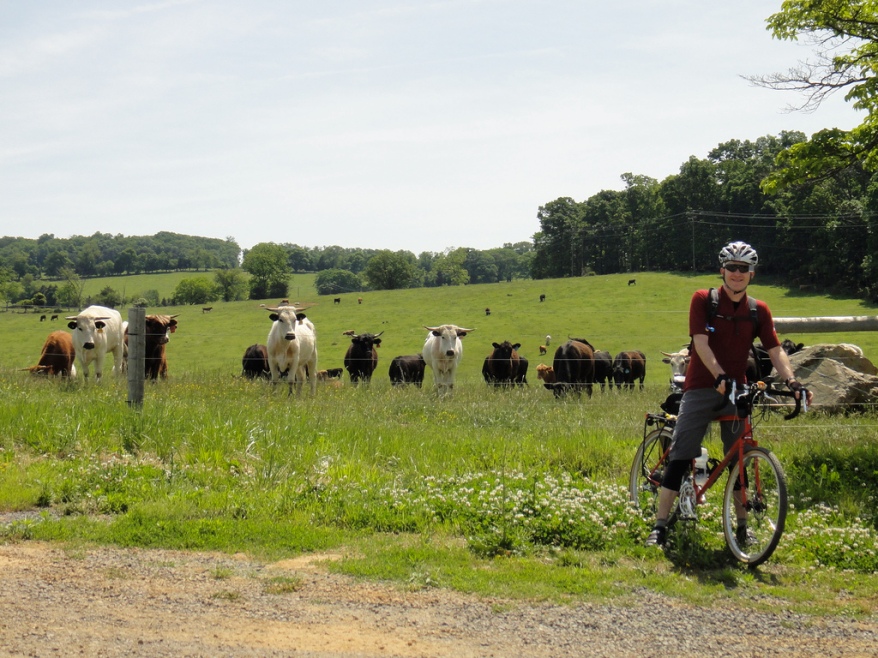 Our route choice, while perhaps not rewarding in terms of downhill speed, was stunning in its greenery. Horses and cows came out to say hi to us, too. We did not want to be rude so we stopped, hung out with them for a little bit, talked about the weather together, and took their pictures.

The horses check out the Rawlands

More photos from our rides are here and Felkerino’s are here.

It was recharging to enjoy a couple of casual, yet challenging, rides with friends. Now that I’ve taken a little break, I’m ready to return to the brevet series.

I’ve been following fellow randonneurs’ and the #bikeDC crew’s rides via Twitter and Facebook. Looks like a ton of riding is going on. Hope everybody is having fun!