Bloggin’ About Week One Coffeeneuring

Coffeeneurs like to ride bikes and drink coffee. Some of them also like to blog about it, and what follows is a selection of coffeeneuring write-ups from the the blog-o-sphere. Enjoy! 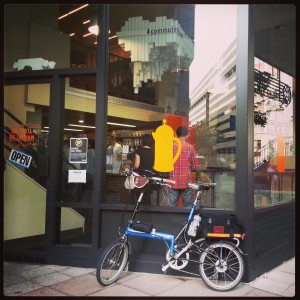 Baltimore! Yes, Baltimore. This write-up made me want to visit Zeke’s Coffee.

Hello, Vermont! AnnieBikes is back from her recent GAP-C&O trip. What better follow-up activity than coffeeneuring?

Junetober coffeeneuring in Pennsylvania. Iron Rider and his wife return for another year of shared coffeeuering rides.

Family coffeeneuring to a Coffee Shop Without Walls! Five Toed Sloth ventures out for a pour-over. 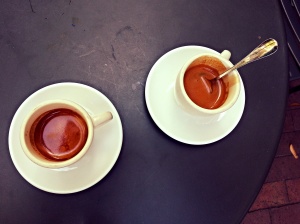 No wool caps for Texas, but there will be coffeeneuring! Thank you, Old Guy on Two Wheels.

My home-state neighbor to the north, Minnesota, has coffeeneurs this year. Northwoods Trekkers do their first ride.

There’s also at least one coffeeneur in Iowa. Go Iowa! Four Quartets takes us out on a virtual adventure to a Coffee Shop Without Walls, and it’s lovely!

Non-essential coffeeneuring happening now in Virginia. Windy Run makes it out for trip two. And puppies! Great to be reading these lively write-ups again.

The man behind the Buying Beans Rule, Robert Kerner, makes sure to go out for a weekend ride.

After unofficially doing it all year, Cruisin’ Downhill is back for the official Coffeeneuring Challenge. Nice to see you again. On a side note, Cruisin Downhill also wrote a nice post about health and well-being a month or two back, if you have a chance to read it.

Last year, she was in Massachusetts. This year, Aerochick finds herself working, riding, and coffeeneuring in Penang, Malaysia.

Out in the San Francisco Bay area, regular reader and bicycle lover DummyDiva joins in the fun.

Running and Riding on Nuts and Berries is going coffeeneuring in Harrisburg, Pennsylvania. This shop looks so cute, and I love the last photo.

Coffeeneuring does not really run on Dunkin’, but it’s there for you in a pinch. Errantry coffeeneurs in Georgia. 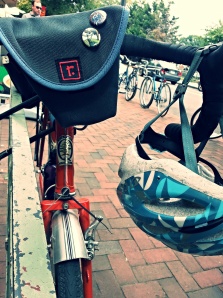 Severna Park, Maryland will represent. Another original coffeeneur, the Chesapeake Sailor, is doing the challenge again.

The giant rubber duck. Where else could it be, but Pittsburgh?! As Seen On My Bike goes out for a group ride to a Coffee Shop Without Walls.

Musically Middlebrow in Seattle, rode to Starbucks for her first cup. Don’t believer her? She made sure to leave a virtual paper trail. Blog, Twitter, mapmyride, and photos!

Coffeeneuring in Finland! Yes, Helsinki, Finland! Read about it (if you can) at Hanna’s blog. And Hanna, if you are reading this, you interpreted Rule 8 just fine.

More Pittsburgh! Shank Rides Bikes is back, and she has a blog this time. An excellent entry about her solo ride to coffee and an apple-thing.

Who says you need more than three speeds to coffeeneur? Classic Three Speeds throws his hat in the ring this year. Very well-done latte art in this post, too.

Jack is his coffee shop name. Jacques is his real name. Jacques of All Trades is furloughed, but it won’t keep him from coffeeneuring in Washington, D.C.

Lynne F., who I have had the pleasure to actually meet in person thanks to randonneuring and coffeeneuring, returns to represent Portland in the Coffeeneuring Challenge. Glad you’re coffeeneuring again.