This weekend, the first two official Coffeeneuring Challenge submissions arrived in my mailbox. The first was from #bikeDC’s own MrTinDC. In the next weeks I expect many more to make it to the official finishing line.

I am a big fan of MrTinDC’s photography and his work is frequently featured in some of the on-line publications in our area. I asked if he would share his 2014 outings and photoset with us as well as a little bit about why the Coffeeneuring Challenge appealed to him. As you can see, he agreed.

Congratulations, MrTinDC, and thank you for the guest post!

Coffeeneuring with MrTinDC around Washington, D.C.

To put it simply, I love bikes, and I love coffee. They’ve both been an integral part of my life for decades, so coffeeneuring has a strong appeal for me. Coffee is so warm and comforting on a chilly bike ride in the fall or winter; and is there anything better than an iced coffee when you’re on a long bike ride on a hot summer day, and you’re on the verge of bonking?

In addition to combining biking and coffee drinking, coffeeneuring is rarely a solo activity. It seems natural to go coffeeneuring with friends, or to make new friends in the process. It’s a great excuse to catch up with someone you haven’t seen in awhile, or to meet someone you know from the internet in real life. In other words, coffeeneuring is a challenge involving my favorite things: bikes, coffee, and good friends.

MrTinDC – Coffeeneuring 1 at The Coffee Bar

Had a regular coffee. 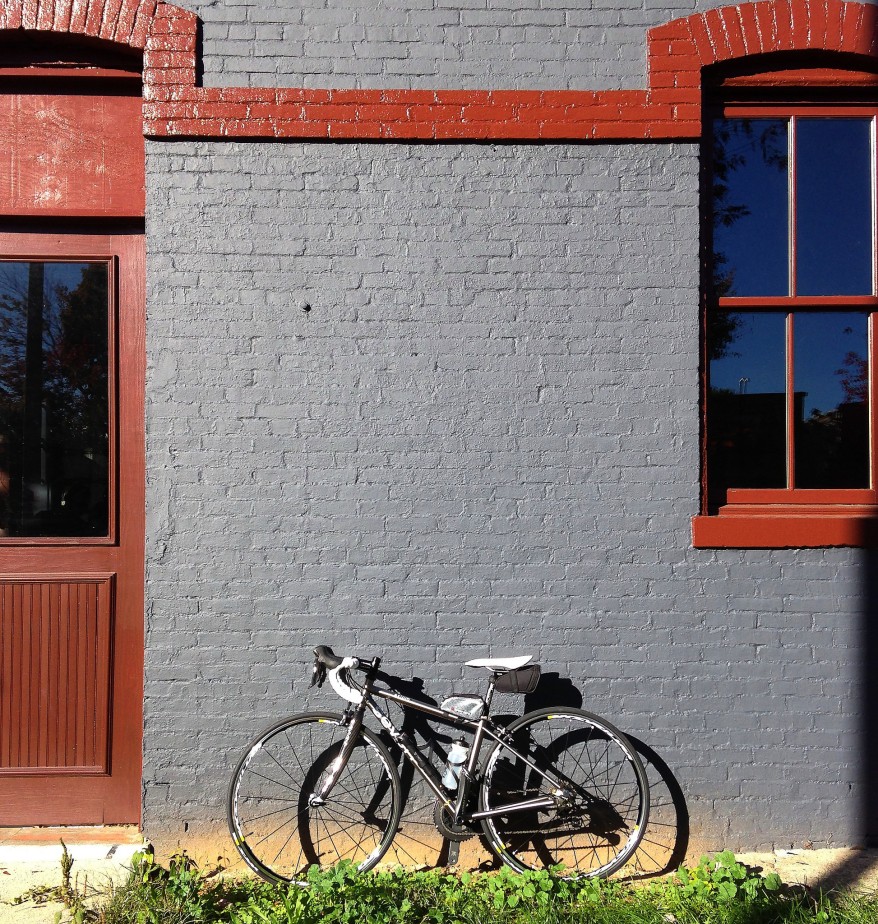 MrTinDC’s Seven at The Coffee Bar 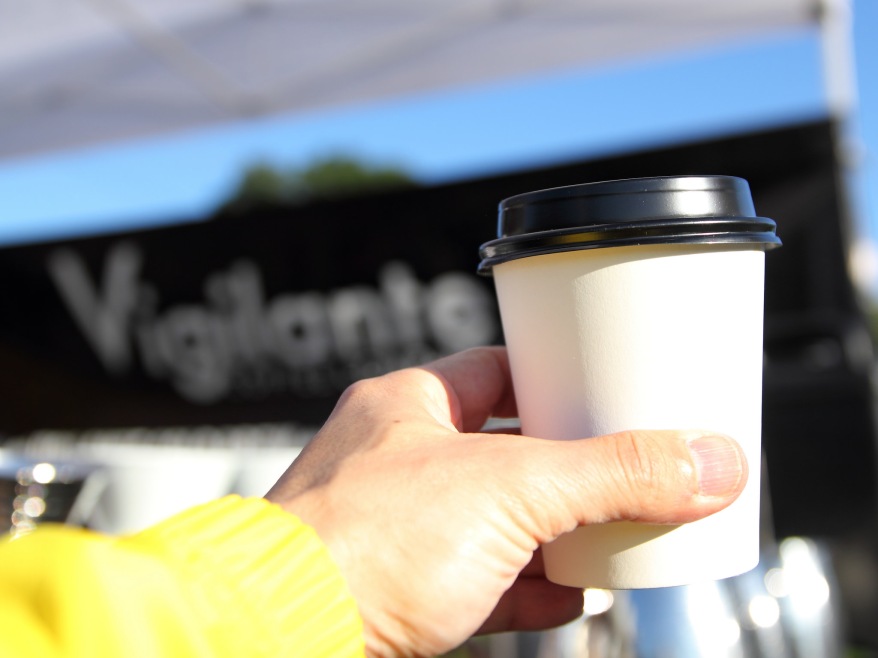 It was very bike-friendly, and I had a regular small coffee w/cream & sweetener.

The barista was Grace from BicycleSpace, who grew up right down the street.

The coffee was good, and the bike parking ample.

Lot 38 uses Illy coffee, and the bathroom was really cold for some reason.

I had a regular small coffee and a banana.

Total mileage was 20.6 (took the scenic route) and I had a skim latte.

The soy latte is Brook‘s.

There is pretty decent bike parking there.

One interesting fact about our visit, a cyclist on a high-end Cervelo just left it outside unlocked, and didn’t ask anyone to watch it for him. 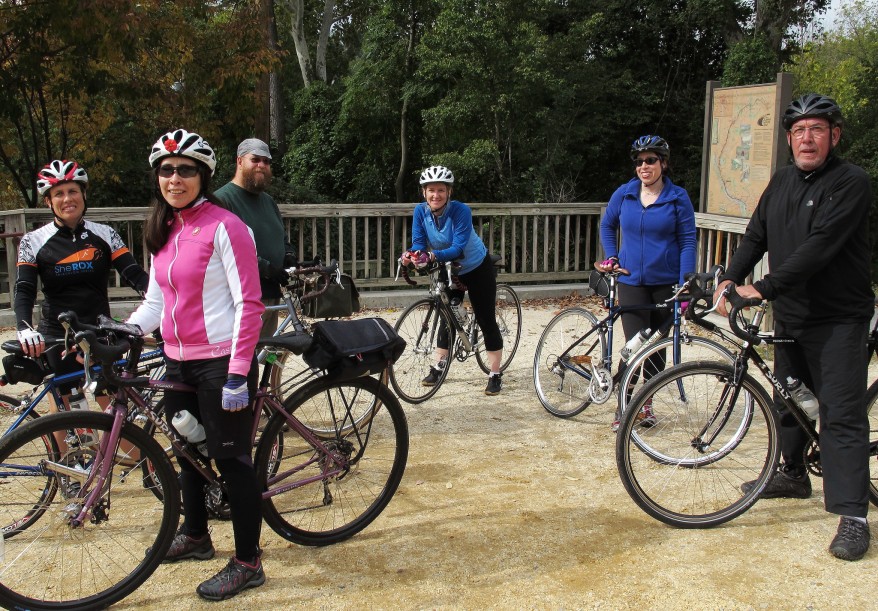 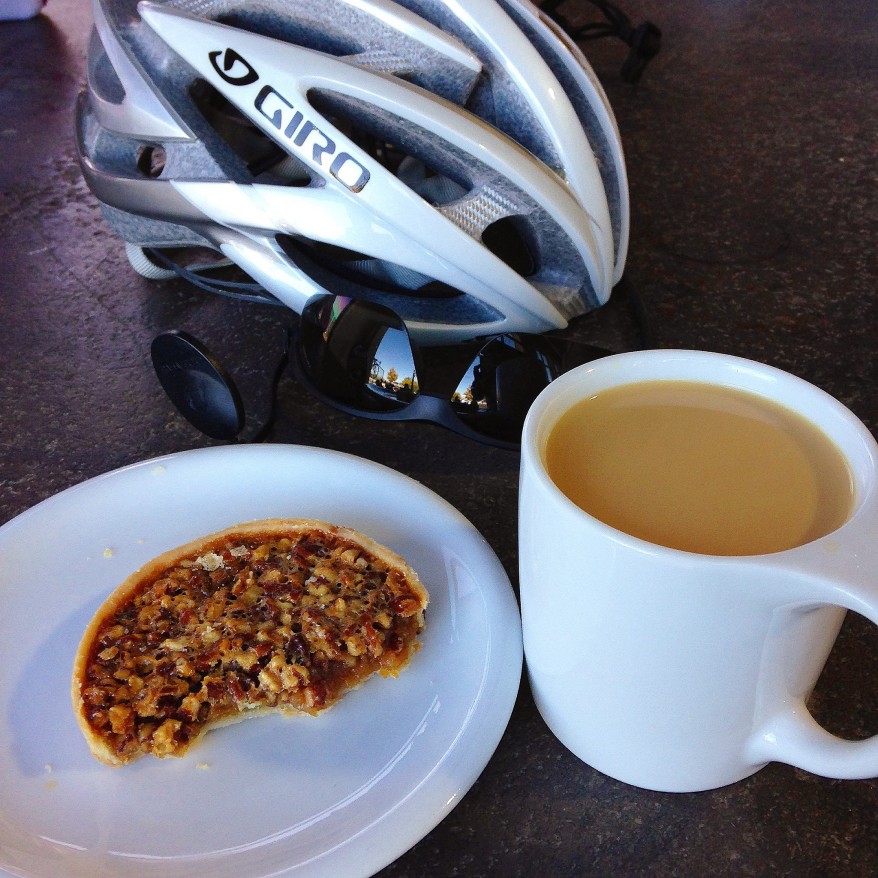 I had a regular cup of coffee, which was excellent.

The bike parking was decent and it’s in a neat, old, repurposed industrial building with cool details.

Coffeeneuring at M.E. Swings by MrTinDC

I had a skim latte and a croissant.

Total mileage was 30, and the bike parking was OK, but not great.

Coffeeneuring stop in Potomac Village with MrTinDC and friends

I had a small regular coffee and a plain croissant.

The shopping center is very bike-friendly, but could use actual bike racks.

We saw a lot of cute little dogs there, and I really needed the coffee after going up Angler’s Hill with all I had today.

One interesting thing, note how I use a Ziploc baggie to keep my wallet, keys, phone etc. clean and dry on bike rides.

Congratulations again, MrTinDC, on your successful coffeeneuring this year and thank you for sharing your photos and write-ups!