Did you know that National Airport is located right off of one of our local bike paths (the Mount Vernon Trail)?  Of course you did!

Did you also know that you can watch the planes blaze in for a landing right over your head at Gravelly Point, a park adjoining the Mount Vernon Trail? It’s true!

Looking Out for an Arrival

When I first moved to Washington, D.C., and heard that people waited around at this place called Gravelly Point to watch the planes land, I thought it was just silly.  What’s the big deal about watching some planes arrive?

Coming in for a Landing over Gravelly Point

I have since learned that it’s excellent no money fun!  You spy the plane off in the distance, beginning to make it’s way toward you. It quickly descends and the roar of its motor gets louder and louder.  Suddenly it is passing over, and on a sunny day you are momentarily caught in the plane’s shadow. Whooo!!

Going for the Landing.

All the no money fun spectators swerve at 180 degrees to watch the landing. The plane roars to the landing strip, and the noise and excitement of the moment begins to subside as soon as it touches the ground. We all turn our heads back to the sky to await the next arrival, hoping that it comes soon. (Washingtonians are impatient.) 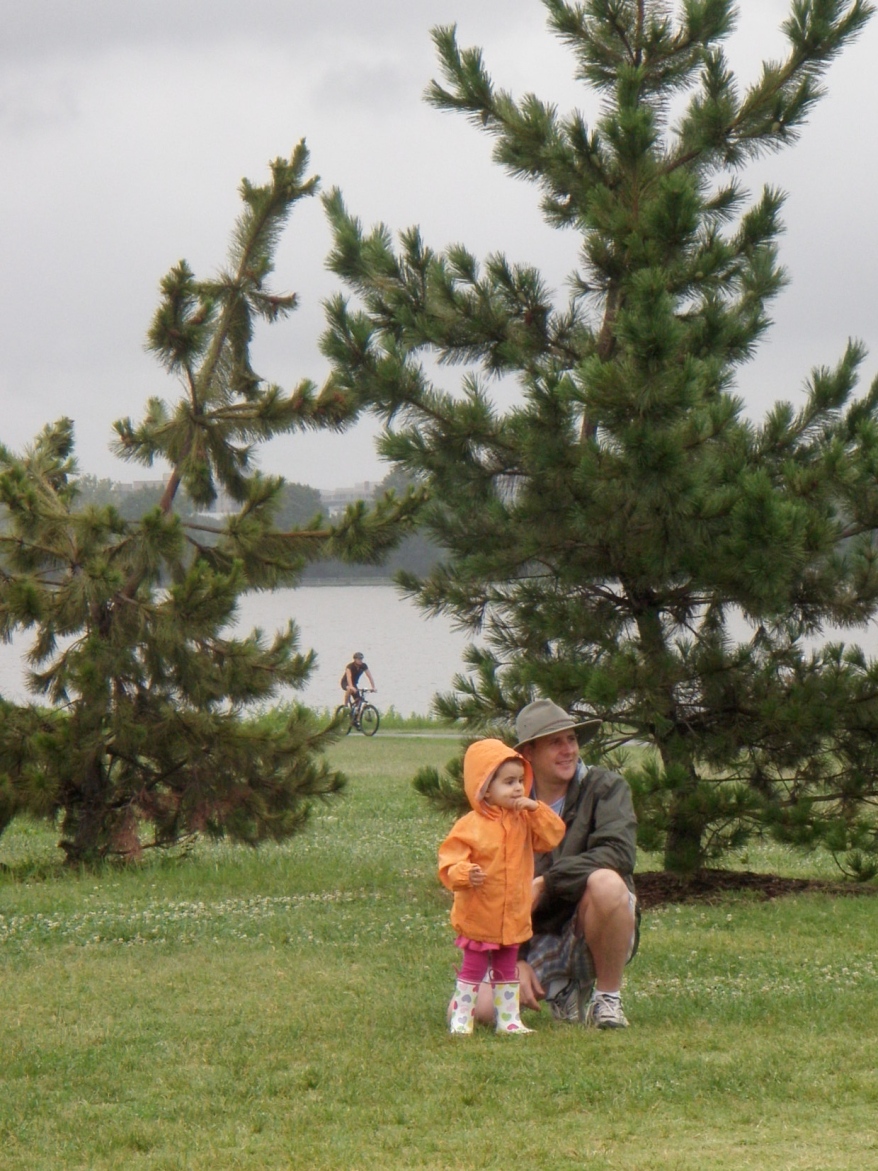 Gravelly Point is a simple and energizing pleasure. It’s a diverse group that gathers there to thrill in the airplane arrivals and departures. And all it costs me is the pedal power and time it takes to ride there.

Welcome to Monday, everybody.