When we last left Ted, he was returning from his third (or fourth, however you might be calculating) coffeeneuring ride on his Long Haul Trucker. Today, we follow our intrepid coffeeneur on the latter half of his coffeeneuring rides, which he attempts to complete riding a different bike each ride. So far, he’s ridden a Gunnar Sport, Surly Long Haul Trucker, and a Giant Kronos. What’s next? Read on and see!

My wife, Saree, rode with me on this cold, grey day for coffee at Sleepy Dog. I rode my oldest son’s LaRaza for this ride. I forgot how smooth Shimano 105 components are. It was a pleasure to ride the steel LaRaza with carbon fork. I had an Americano and a big peanut butter cookie. Saree had a latte. 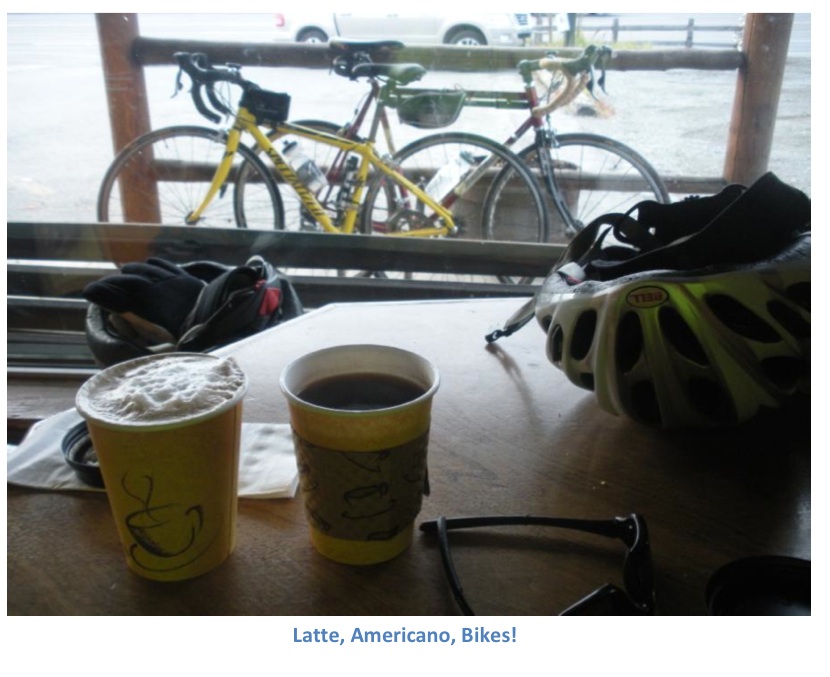 I realized I can still get my 7 rides in on different bikes if I DQ one of the LHT rides and get two rides in next weekend. So for this trip I rode my old Stumpjumper, which I rebuilt several years ago, but really haven’t ridden since the mid 90s.

I carefully mounted a lock on the bike to use at Fred Meyer, as I knew I couldn’t see the bike from inside the store where the Starbucks is located. Unfortunately I forgot the key to the lock so had to leave the bike unattended anyway. But I kept my stop brief, and headed out with my still 3⁄4 full Americano to drink on the road back home. 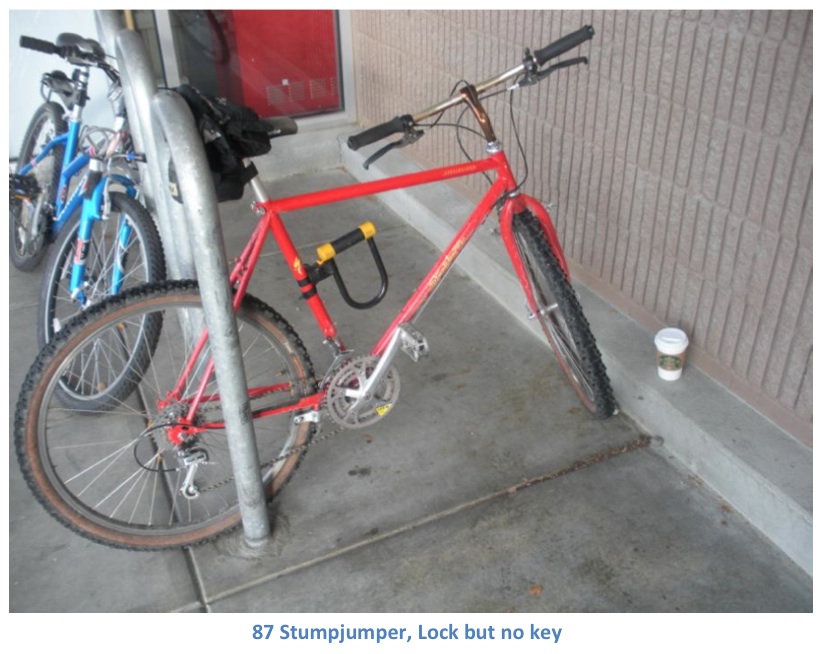 The Trek replaced the Stumpjumper years ago. I rebuilt it for my son to use and upgraded it from Deore LX 7-speed to Deore XT 8-speed components. It was great fun to ride, and I was again impressed with how well the 8-speed stuff works.

I ordered an Exxon Valdez, a custom espresso drink that consists of: Mocha (oil), Hazlenut (Cpt Jim Hazlewood), and Buttered Rum (what Hazlewood was drinking) It was quite tasty but very rich!

I didn’t need it today, but Tinker’s makes great sandwiches.

The Trek, which is really a bit small for me, put me in an urban assault sort of mood as I tooled through Eagle River jumping curbs and cutting through gas stations. Probably a good idea I don’t ride the thing too much.

Ok, last ride. Couple inches of fresh snow. I know you east coast guys got hit hard, but this stuff will stay with us awhile. I put studs on the Airborne, my current titanium hardtail mountain bike. The Airborne replaced the Trek that replaced the Stumpjumper. 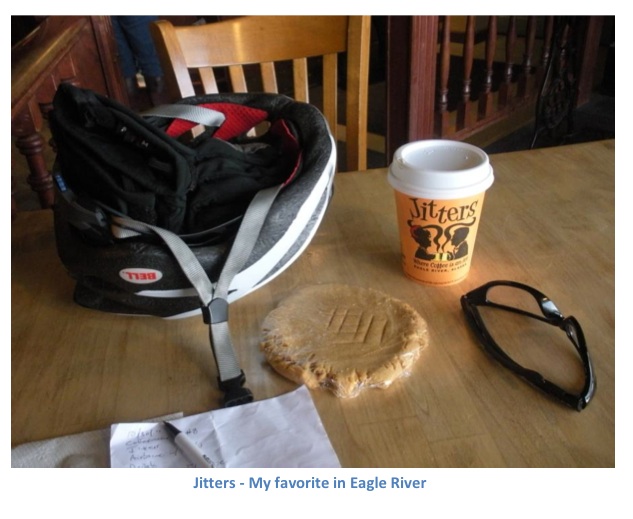 The snow was soft and creamy, but the packed stuff from car tires left ridges and ruts that were squirrely to ride on even with the Nokian Extreme 296 tires. It felt kind of like a tire going flat. I had my usual Americano at Jitters with a peanut butter cookie. I rode a slight detour on the way home to get a picture of the Airborne by Meadow Creek. 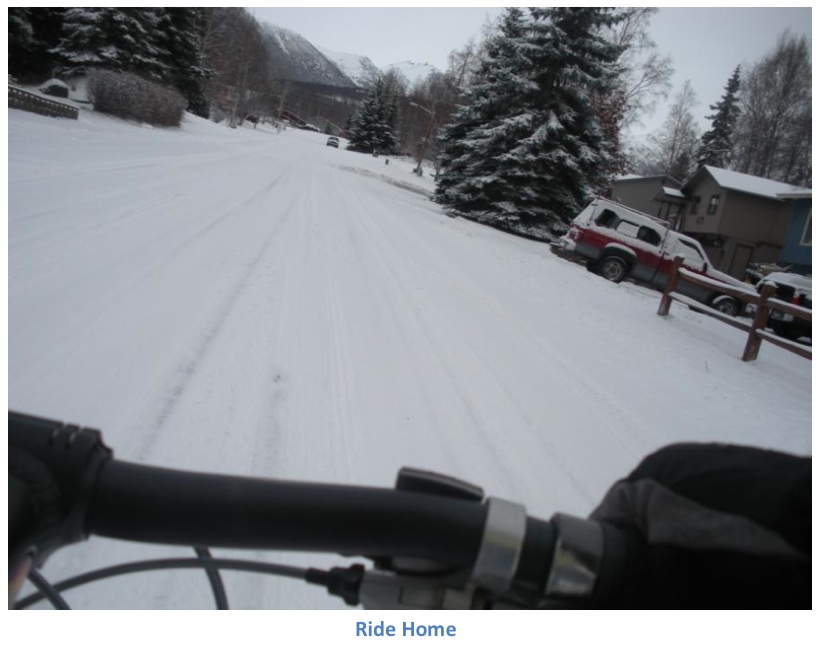 I flatted on the way home and had to put a new tube in it. I think a small split in the original rear tire was the culprit. But it might have been a pinch flat from jumping something.

Ted, congratulations on completing the inaugural Coffeeneuring Challenge. You took quite an innovative approach to it. Also, if there was a category for most jumping during a coffeeneur challenge, you would probably win that prize. Thanks so much for participating, and sharing your entertaining ride reports with us!