Due to a Lapse in Appropriations… I Must Run 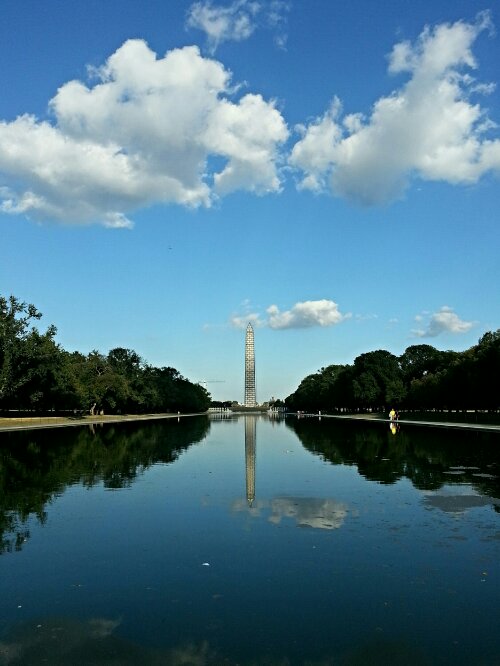 As the realization sank in last night that no agreement would be reached to fund the federal government past the end of September, I was filled with frustration and dismay.

It’s disheartening to work earnestly to neatly wrap up the fiscal year only to be informed a few hours after you’ve arrived home that there will be no work for you until Congress gets its $h#@ together.

I rode home in a funk today after my “orderly shutdown” activities. En route I passed the Smithsonian’s Air and Space Museum, where a few tourists were peering in the doors or reading what must have been the “closed due to shutdown” notices.

Once home I sat transfixed at my computer, constantly refreshing the Washington Post website to see if a resolution could possibly be on its way. No such luck, at least not today.

I can only press refresh so many times before I have to do something else… although I impressed myself with the number of times it takes. Good grief.

Despite my enervated state I dressed for a run and headed out the door. I needed to get away from the computer and stretch my legs.

I meandered by Theodore Roosevelt Island– gates shut and locked. Tangible reminders abounded of our current state of affairs. 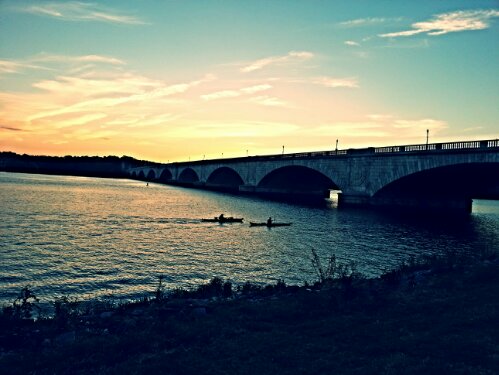 If the shutdown was a movie, today would have been gray and rainy with a chill in the air. But it is not and the weather was sunny while temperatures hovered in the low 80s with little humidity.

The light of the afternoon was a warm gold. Leaves were beginning their fall turn. The pedestrian bridge to Theodore Roosevelt Island painted a perfect reflection on the surface of the Potomac River. It was a pretty day to have extra free time, even if that free time was fraught with uncertainty.

I listened as my tunes flowed. Nine Inch Nails’ “Everything” began to play. “I survived… everything.” My pace quickened. That is a good government shutdown anthem, I thought.

“Demons,” by the Nationals, The National started up in the rotation a few minutes later. Usually I consider that song haunting. Today it depressed me.

I skipped to a cheesy pop song, “Paint a Smile.” “When the world lets me down I’ll paint a smile on, paint a smile on.” The silly song with its cheerful rhythm improved my mood.

Best of all, I crossed paths with my #bikeDC friend Chris. We chatted, talked family, shutdown, coffeeneuring, and bikes. It was so pleasant and normal in the face of all this weirdness.

We parted ways and I headed toward home, watching the burning orange sun sink lower and turn the sky a vivid salmon hue as I ran the final two miles.

Ten miles. Long enough to thoroughly enjoy the afternoon’s warmth and to invite the runner’s high endorphins into my head.

I’m glad I forced myself out the door. Putting one foot in front of the other over and over again cleared my mind and kept my shutdown angst (and my computer) at bay, at least for a while.