I discovered a better way to maneuver around you after too many years as a subterranean Metro passenger.

Monday Afternoon at the Monument

Your dense pinwheel layout and abundant side streets instilled a belief that I could pedal your roads without too much angst or trouble.

My first days were simple routes, from Adams Morgan to L’Enfant Plaza. I had lots to learn. There were missteps, like that one morning I was late to work and foolishly tried to rip down 14th Street. I won’t tell if you won’t.

But I gained confidence. I explored. You became even more easily navigable than I first imagined. 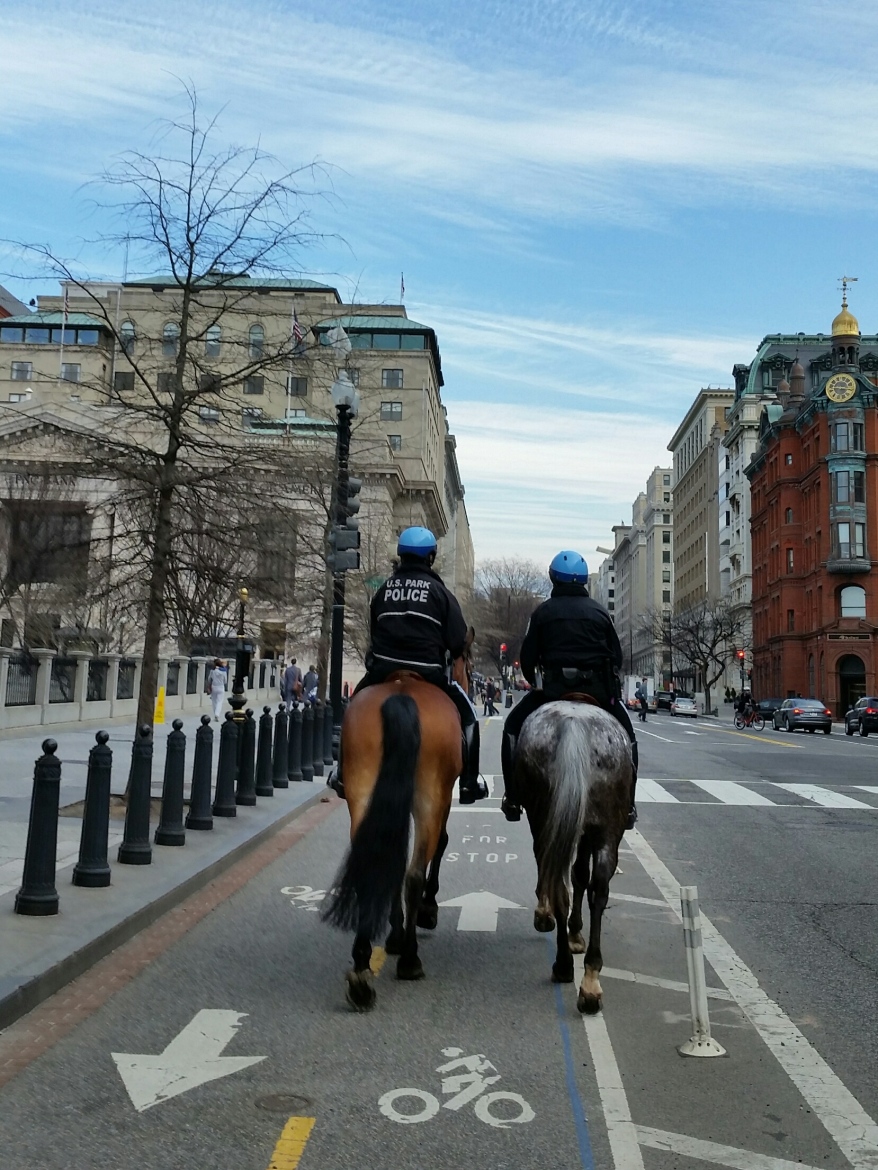 Through the years, we’ve come to know each other better, you and I. You’re a decent place for us cyclists, D.C.

Wednesday by the Jefferson. Watching the Tourists Arrive

The cars have tried to take you over, but you still save some parts of yourself just for us. Never concede them, please. Try and reclaim others, if you can.

This is my birthday week– a week in March that also marks the changing of the seasons.

Thursday. Calm water on the Potomac. The Surly wants its own Shot.

Before the buses block the view of the Potomac River and the tourists overtake your streets and sidewalks, I captured some moments of us together.

I also snuck in my own tourist photo. 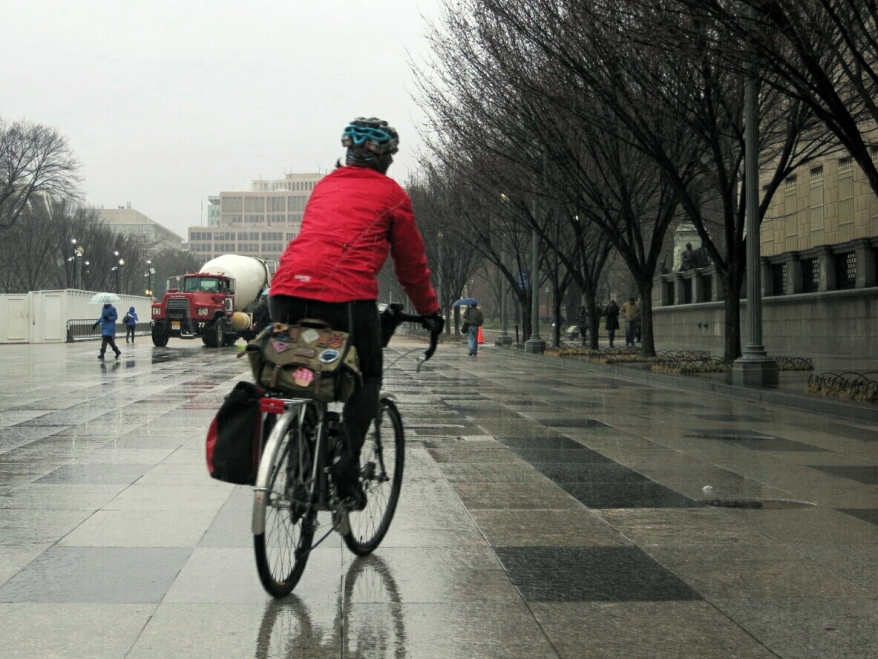 I think we look good together, and I look forward to another year with you. Let’s hope it’s the best year yet.