It’s been years since I was in Iowa during the fall, but in an effort to avoid the harsher months of Midwest weather, I scheduled an October return to my home state.

I arrived during the sweet spot of harvest, when farmers work all hours to remove the crops that have been growing all summer and just before any pungent natural fertilizer has been spread over these same areas.

I had forgotten what an intense transition the fall months bring. Crispy tall stalks of corn were gradually succumbing to the steady roll of combines, opening up the landscape, exposing the topsoil, and hearkening the coming colder months.

Part of me felt like an outsider on this visit, a townie visiting family on a few days of leave from the city, driving around the countryside in a rental car, conveniently choosing to spend time in Iowa during a temperate time of year. 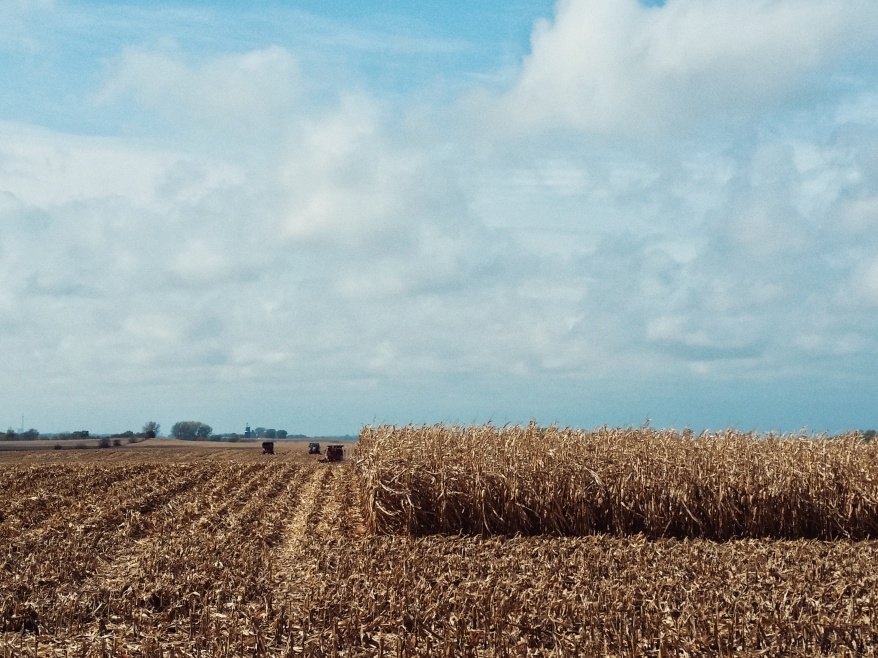 Yet I was also at home among the perpetual activity in the fields. The unseasonably warm temperatures were slightly disconcerting, but the clear air and wafting clouds still held the memories of my childhood. I recalled many night drives where I would catch glimpses of a combine’s headlights coming out of the darkness as I returned home from some afterschool activity.

Boys would request excused absenses from school so they could help their families in the fields. As people brought their crops to the co-op elevator for whatever happens at the grain elevator, grain particles fell like snow over town. 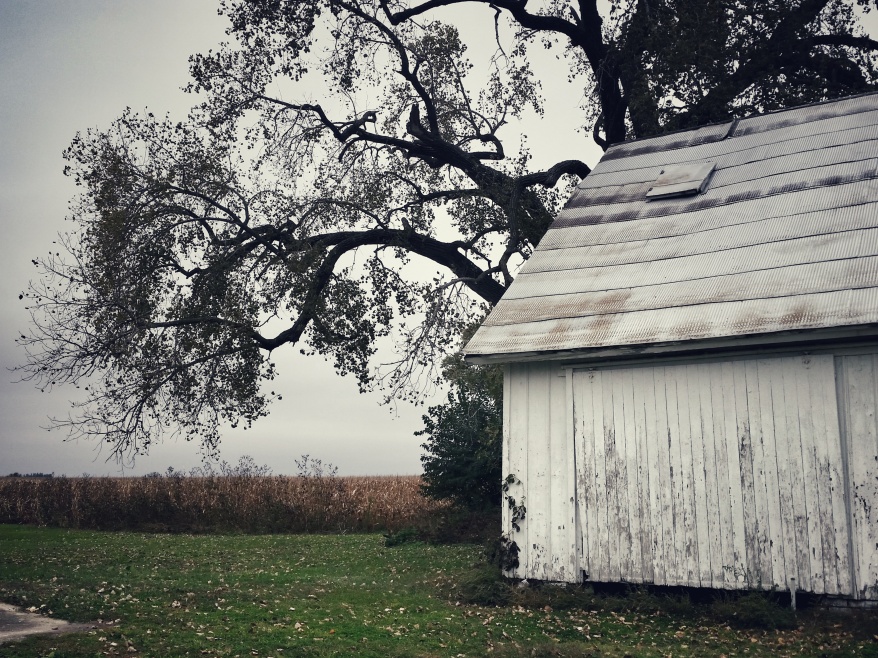 The barn across the street from my parents house

At various times during my trip, the contrast of blue sky with the straw-colored crops compelled me to find the nearest cut in the road to park and grab my camera. The beauty of harvest must be documented!

I sensed my juvenile self mocking my renewed affection for Iowa, rolling her eyes, arms crossed disdainfully in front of her, as she wondered how many photos of shriveled cornstalks a person can take.

I defended my actions to this younger version of me. Someday you’ll know. Until recently, this was all merely backdrop, like a nondescript painting hanging for years in an office until you notice it.

Now I return to Iowa, and I see it anew. I rediscover my history, my memories, my roots. I’m urbanized now, but I grew up in the midst of these fields. My younger self looks on cynically, still unconvinced. 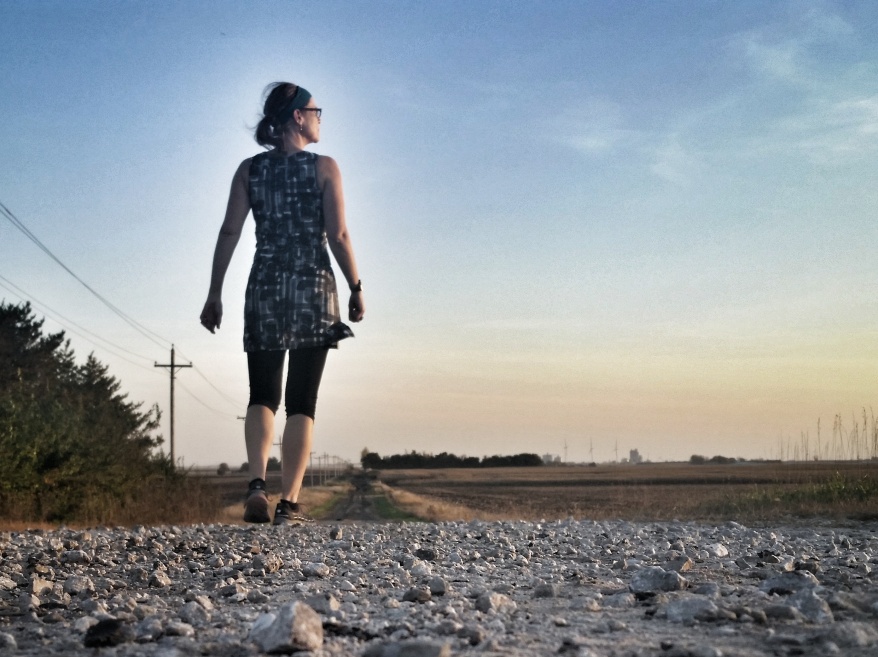 Most of my life is elsewhere now, but whenever I’m in Iowa, sensations of home and separation conflict. I spent so many days here. I grew up and started my journey to who and where I am in this little spot. I realize part of me will always long for Iowa and these grids of country miles covered in corn, especially during harvest.